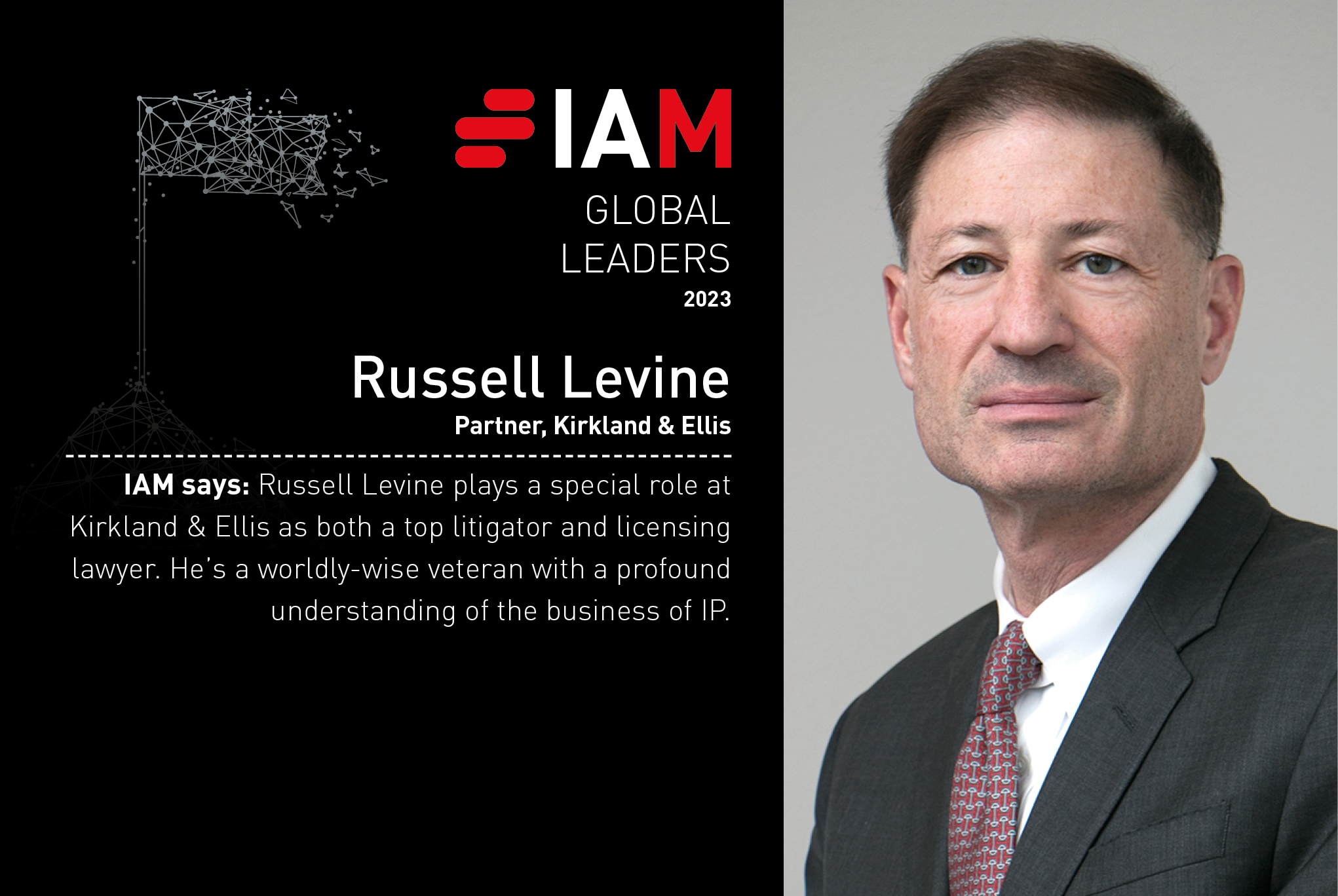 You are a partner at Kirkland & Ellis, where you have spent your entire 36-plus- year career. What changes in the IP landscape have you observed during that time?

There have been numerous changes during my career. The creation of the Federal Circuit in 1982, four years before I started practising, has resulted in certainty in the interpretation of our patent laws. In turn, this has led to a significant increase in the number of patent infringement cases, a stronger willingness to defend such cases and a surge in the number of patent licence agreements being negotiated and executed. Significant changes in the IP landscape during my career also have resulted from US Supreme Court decisions such as Markman (1996), Hilton-Davis (1997), Pfaff (1998), Festo (2002), eBay (2006), MedImmune (2007), KSR (2008), Alice (2014), Octane/Highmark (2014), Limelight (2014), Nautilus (2014), Halo (2016) and Arthrex (2021). The America Invents Act and the ability to challenge validity at the PTAB also have transformed the litigation and licensing landscape, as has the Defend Trade Secrets Act, resulting in stronger enforcement of trade secrets, particularly in the federal courts. I also have observed, and been part of, the increased use of the International Trade Commission (ITC), which is the current preferred forum for many major patent disputes.

With respect to mediation, one consideration to keep in mind is that mediation is a non-binding, confidential process. When ordered by a court, and/or included in a scheduling order, it provides an opportunity to discuss business resolution without one party appearing weak. Moreover, early resolution saves costs – even if the case is not resolved, the issues in dispute could be narrowed. With regard to arbitration, unlike jury verdicts, decisions rarely are made public. In arbitration, the parties have input into the selection of the arbitrator/arbitration panel and may be able to limit the issues to be arbitrated, as well as the scope of discovery on those issues. The timeframe between filing and an arbitration decision often is shorter than filing to trial in court. It also is critical to understand that the ability to appeal an arbitration decision is very limited.

You have had active roles in bar associations and industry organisations – including the American Heart Association and the Licensing Executives Society (USA and Canada), as well as being a member of the Confliction Prevent Resolution Patent Mediation Task Force. How have these roles contributed to your professional development?

These roles continue to contribute significantly to my professional development and career. In addition to expanding my network, these organisations have provided opportunities for me to demonstrate my writing, leadership and public speaking skills, through committee work, as a panel member/moderator and through teaching roles. My participation in bar associations and charitable organisations also allows me to keep my finger on the pulse and anticipate issues that are, and will be, of importance to my clients.

How do you expect the US patent litigation landscape to change in the next five years?

I expect the globalisation of patent and trade secret disputes to continue, while the US Supreme Court will provide further guidance and clarity on the issue of patent eligibility, among other patent-related issues. Licensing activity, PTAB proceedings and ITC investigations also look set to continue increasing.

Trade secrets can be a key part of clients’ innovations but incorporating them into an IP strategy presents various challenges. What can IP professionals do to overcome these?

We can advise our clients on the importance of trade secrets and confidential information to help build an overall IP strategy. Clients should understand the provisions in the Defend Trade Secrets Act, including the Act’s unique seizure provision and its remedy provisions, including enhanced damages (up to double) if the misappropriation was wilful and malicious. We also can help clients develop a trade secret protection programme. Such a programme could include restricted access to documents containing trade secrets and the use of effective and enforceable confidentiality clauses in employment agreements and in non-disclosure agreements with contractors and other third parties.