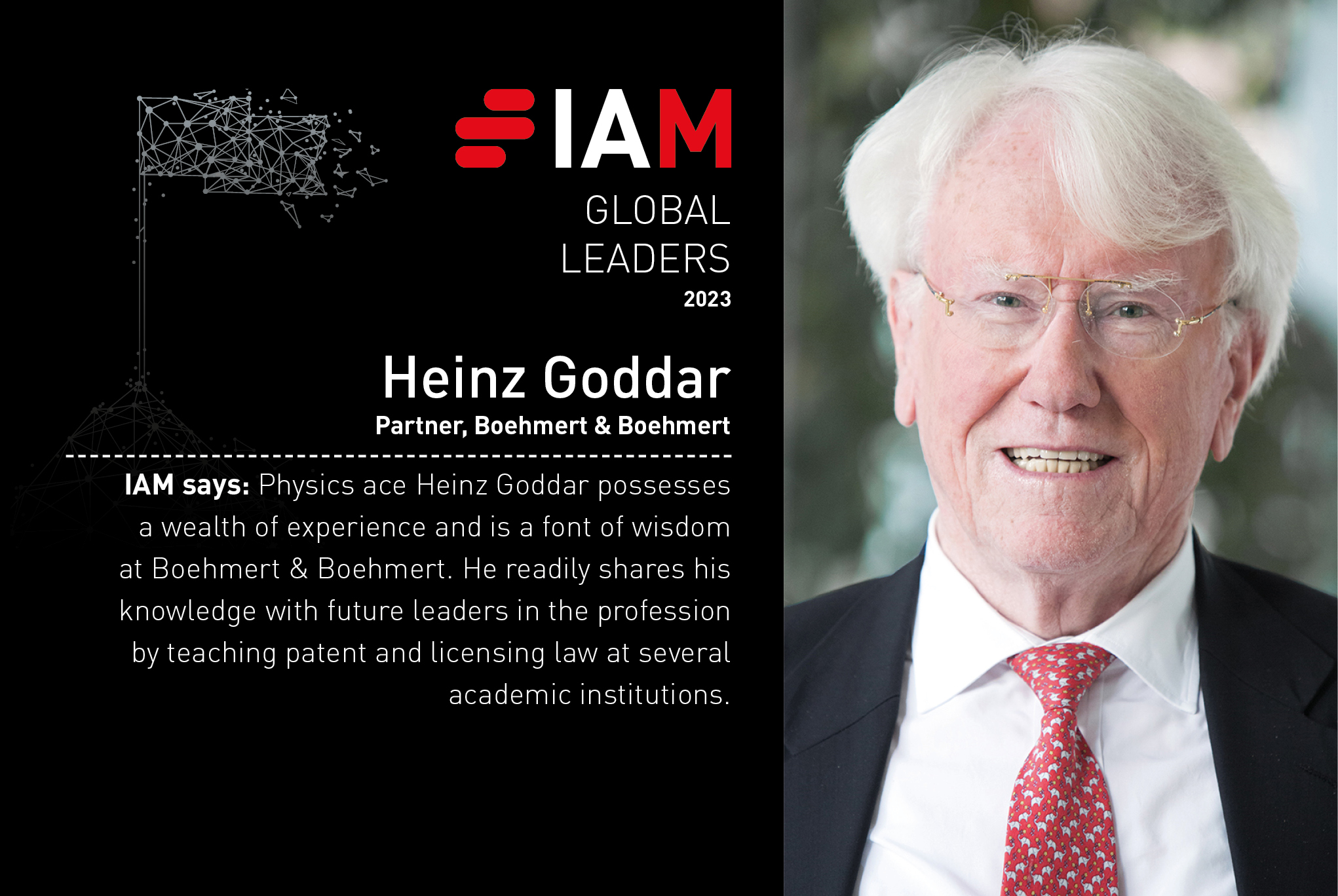 How do you expect the German patent environment to evolve over the next five years?

From my perspective, strengthening the proportionality provisions of the German Patent Act through the second German Patent Modernisation Act of August 2021 will have no negative effect, as injunctive relief would be denied only in exceptional cases. For such denial, case law over the next few years will show how the compensation title of a patentee denied injunctive relief in patent litigation should be calculated. Uncertainties around the UPC system will probably lead to even more patent disputes being based on national German patents in Germany, compared to relying on a unitary patent or German part of non-opted-out EPO-obtained bundle of patents. The tendency will be for more national patent applications in Germany, forever resting and having to be litigated in German courts, at least as a back-up to the new unitary patents.

You teach patent and licensing law at a host of prestigious universities and law schools. How have your academic experiences contributed to your professional development?

My academic experiences and networks arising therefrom, not least with specifically capable former students of mine, have contributed significantly to my professional development, including my getting involved in semi-political (sometimes legislative) developments in the patent field, such as SEP/FRAND-related questions.

You are known for your mastery of your field – what steps are you or your firm taking to ensure that the next generation is also brilliant?

Our firm, including myself, tries to find talented high-potential students and young professionals who, aside from being brilliant in their technical and judicial performances, have the ability to liaise with representatives of potential and/or existing clients. For these purposes I try, as do my partners, to carefully follow a continuous selection process in the classes we teach at various institutions. For me, these include the University of Bremen, Bucerius Law School and the Munich Intellectual Property Law Centre. It is difficult enough to find professionals who are good and even outstanding in their daily work, be it in the patent field, in more general legal fields or those related to intellectual property, so I focus my attention on charisma – potential candidates who have communication skills that can build the next generation in a similarly brilliant manner to that which my generation has sometimes achieved.

My most memorable case was a big international/global patent litigation/licensing programme related to European patent 0 018 267, in which I participated as lead counsel for Europe. It was memorable for the simple reason that in the opposition procedures of various stages in Europe, accompanied by parallel procedures in the United States, Japan and other territories, the interplay of public prior-use arguments with printed state of the art was developed into a scheme that finally led my then client(s) to success. The procedure has shown how important evidence-related questions are in connection with public prior-use arguments in patent litigation.

What new or emerging technologies are having the biggest impact on your practice, and how do you stay abreast of them?

The biggest impact on my personal practice has been the continuous development of IoT, and the latency-free connectivity requested thereby, due to a steadily increasing number of emitters/receivers that need to be in permanent dialogue with each other. This applies particularly to autonomous driving systems.

German patent attorney and European patent and trademark attorney Heinz Goddar is a partner at Boehmert & Boehmert. He teaches at the University of Bremen, Bucerius Law School, Munich Intellectual Property Law Centre and at universities in Asia and the United States. Past president of Licensing Executives Society (LES) International and LES Germany, Dr Goddar received the LES International gold medal in 2005 and was inducted into the IAM IP Hall of Fame in 2014.