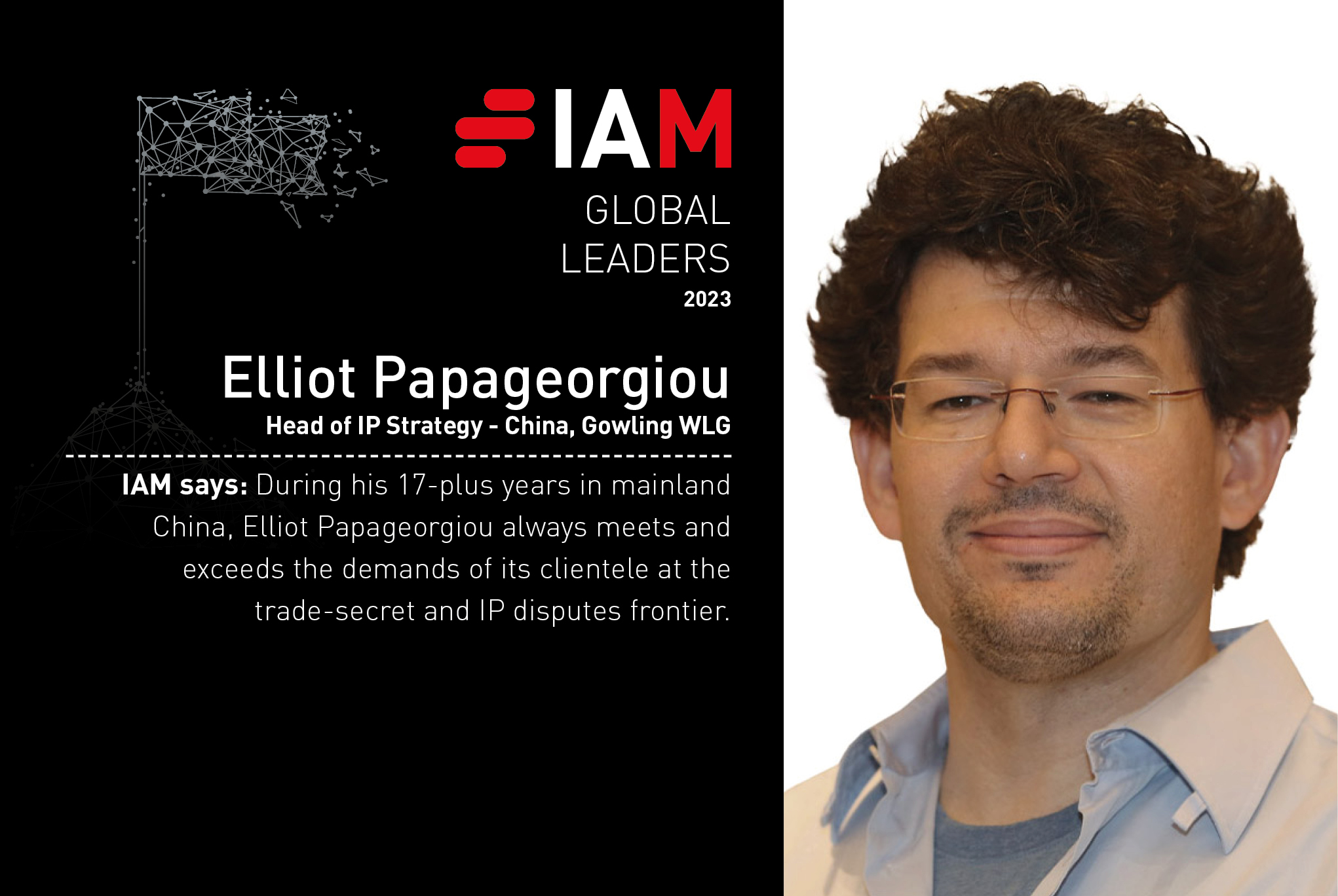 Since 1994, you have practised IP law on several continents, including Australia, Europe and Asia (specifically, China). What would you say have been the biggest differences between these jurisdictions?

Australia is a well-developed, sophisticated IP jurisdiction, with opportunities to work on nuanced questions of IP law, as well as to appear in court. However, moving to China was the game changer. China was and remains one of the fastest developing and most impactful IP jurisdictions in the world. The volumes of work and levels of experience gained there in a single practising year can equate to a decade of work elsewhere.

What emerging trends do you expect to see shaping the Chinese patent litigation landscape in the next few years?

Chinese patent litigation will continue to grow in sophistication. Much of this will be through disputes between Chinese litigants, which is a good thing. It removes the spectre of bias, protectionism or claims of decisions based on the industrial policy of the Chinese government. I would also expect to see continued growth of Chinese litigants on the international scene, with companies such as Huawei having filed a material number of patents in fields such as 6G telecommunication technologies and it, and other Chinese technology companies, having filed in fields such as AI, machine learning, IoT, quantum computing and chip manufacturing going forward.

China is facing some economic headwinds as a result of the combination of zero-covid policies and economic turbulence in certain key sectors. The challenges faced by foreign clients in China will manifest in greater enforcement complexity, whether via administrative authorities or the courts. In relation to the former, a number of Chinese government authorities have shifted their focus from IP enforcement to more pressing domestic concerns (eg, supporting domestic enterprises and encouraging domestic investment). Beyond enforcement, with the China Manufacturing 2025–49 initiative a priority, I would expect foreign rights holders to see increasing scrutiny in the grant process of IP rights such as patents and utility models, and greater scrutiny of those rights once issued. In short, foreign rights holders will need to work harder to secure IP rights and harder still to enforce them. I expect good results for foreign IP holders but expect more blowback where work relates to critical industries.

You were formerly national chair of the European Chamber in China’s IP Rights Working Group, and have also served as vice-chair, Shanghai chair and national chair. How have these roles helped your professional development?

Advocacy is an essential part of an effective IP strategy for all businesses operating in China. As most of my clients are European entities, working for them in China means representing their interests in various venues: before members states’ governments, European and international IP organisations, and most importantly, before the Chinese government and its relevant authorities and departments. From a personal development perspective, this has enabled me to work closely with IP authorities from around the world, especially from Germany, France, the EUIPO and the EPO to name a few. This level of cooperation is much easier when you represent and voice the concerns of an organisation with 1,500 members, like the EU Chamber of Commerce in China.

What are your top tips for how to incorporate trade secrets into an IP portfolio?

This is a very timely question. I believe that trade secrets are the most pressing battleground in China, and likely elsewhere in the region. With greater localisation of staff in China (hastened by the covid-induced expat exodus), greater employee mobility and relatively weak restrictive covenants and non-competes, many foreign companies’ trade secrets are at risk. Having said that, in China, like elsewhere, trade secret owners have to make increased efforts to secure protection. In China, this means implementing systems and measures to protect them. Whatever you may think of trade secrets, for most companies the best strategy still remains: if you can patent it, then do so, and if you cannot but it is not easily discernable from the product or service you provide, then protect it as a trade secret by implementing a robust strategy. For the right type of intellectual property, trade secret protection continues to serve an important strategic business purpose.