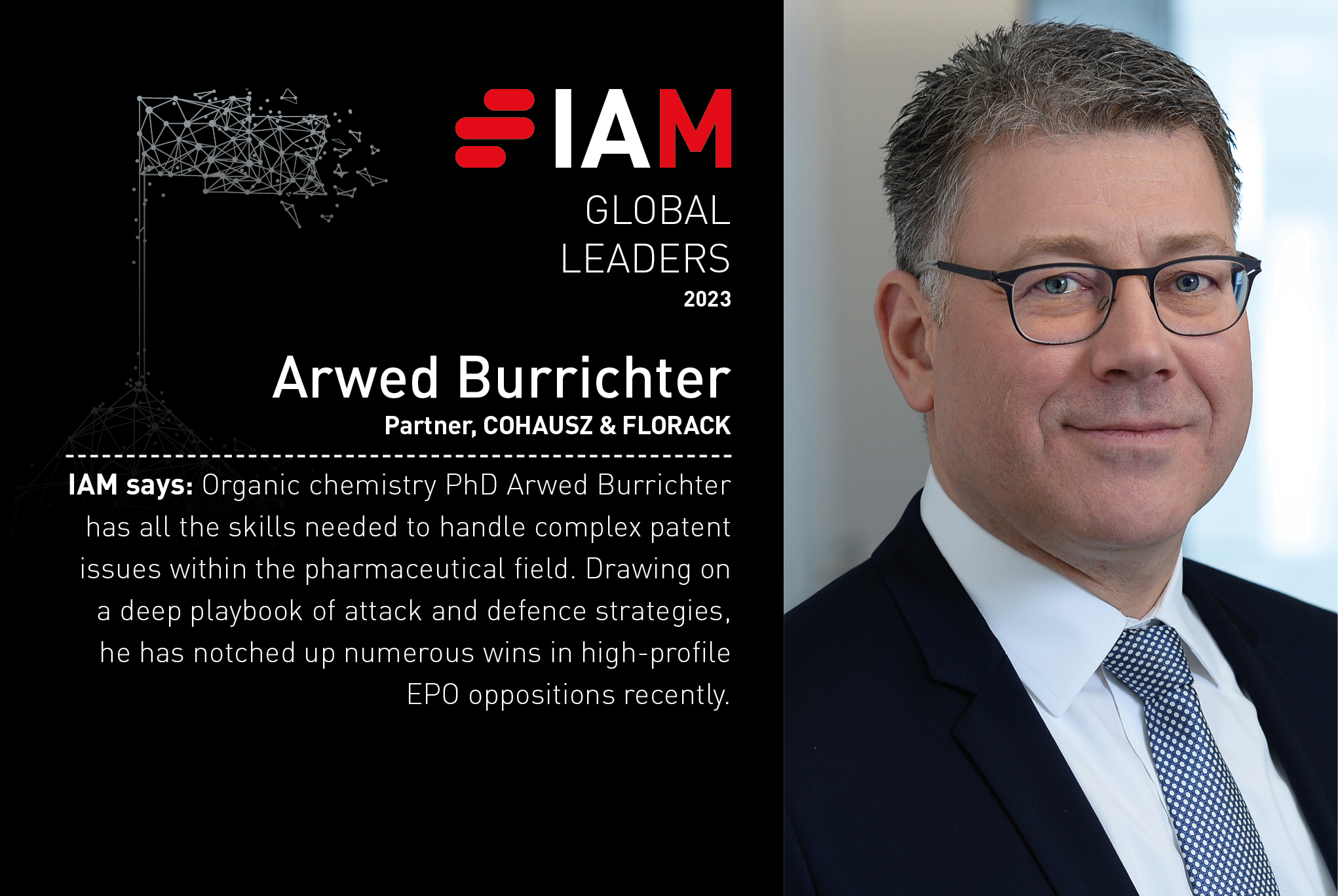 I have had the privilege of being involved in many exciting patent cases throughout my career. Not too long ago, we were successful in obtaining a preliminary injunction against one of our client’s core competitors in the field of consumer care. We managed to get this on the basis of an (unexamined) German utility model, with no parallel patents granted. This was a quite unique case, because in German practice this is an absolute exception – so unusual that, at the time, many peers were amused regarding our approach, saying that we would never be successful. Well, we were! I like telling this story, because it shows that success is often not a paved path and it is worth trying out new approaches.

In April 2022, the Court of Justice of the European Union found that the preliminary injunction practice of the Munich Higher Regional Court was incompatible with Directive 2004/48. How do you think this finding might influence German and European patent litigation strategies?

Preliminary injunctions are a powerful sword in German patent litigation as they allow the patentee to obtain an injunction against a patent infringer by way of a “mini trial” within weeks. The issuance of a preliminary injunction in a patent infringement case in Germany generally requires − in addition to proving the patent infringement and the urgency of the case − the substantiation of the patent’s validity beyond reasonable doubt. For this criterion, at the important higher regional courts in Düsseldorf, Munich and Karlsruhe, it is insufficient for the patent to have been examined and granted by a patent office. Instead, it is usually necessary that the patent has previously been upheld in first-instance opposition or nullity proceedings.

After a referral of the Regional Court Munich I, the European Court of Justice has ruled in Decision C-44/21 in April 2022 that “national case-law, under which applications for interim relief for patent infringement must, in principle, be dismissed where the validity of the patent in question has not been confirmed, at the very least, by a decision given at first instance in opposition or invalidity proceedings” is precluded by the Enforcement Directive. Following this decision, some German practitioners expect more preliminary injunctions to be issued from patents without precedent in first-instance opposition or nullity proceedings in the future. However, most practitioners expect no substantial change in future decisions of the German courts, as preliminary injunctions from patents without preceding validity proceedings could already be granted before in exceptional cases.

How have client demands changed over the course of your career, and what impact has this had on the way you manage your practice?

Client demands have indeed changed over the years. In today’s digital age, responsiveness and quick turnaround times are key to a successful attorney–client relationship. Also, cost transparency and flexible billing models are key issues for many clients. This has led us to invest heavily in digital services for our clients, for example, web-based encrypted access to patent files and cost-efficient electronic patent monitoring specifically tailored to our clients’ needs. Unlike some years ago, where attorneys reacted to specific client requests, today’s clients often want their legal counsel to take a proactive approach in counselling. This is why, in our daily work, we spend a great deal of time proactively alerting our clients of critical new developments in intellectual property, making sure that they always stay on top of things.

The UPC is finally set to launch early next year. What have you been doing to prepare?

Our firm has actively contributed to the drafting process of the UPC Rules of Procedure over the past year by participating in various legislative consultations. Due to our involvement, we are well acquainted with the new procedural system, as well as the cultural and legal differences that will affect the UPC. In addition, I and other members of the firm are co-authors of a comprehensive legal commentary on the UPC Agreement and Rules of Procedure published by CH Beck, which greatly helped many to get familiar with the new procedural law. We have spent great time and effort to train our associates and staff for the start of the UPC. As a result, all patent attorneys at our firm have the necessary qualifications and expertise to represent clients before the UPC and we look forward to playing a very active role before the new court.

Arwed Burrichter is a European and German patent attorney. He obtained a PhD in chemistry from the University of Southern California, Los Angeles, under the guidance of Nobel Laureate Dr George Olah. Dr Burrichter has a substantial track record in EPO opposition and nullity cases, and maintains an extensive patent prosecution docket for clients as well as advising on strategic IP decisions. He has authored numerous articles and co-authored a textbook on European patent proceedings.