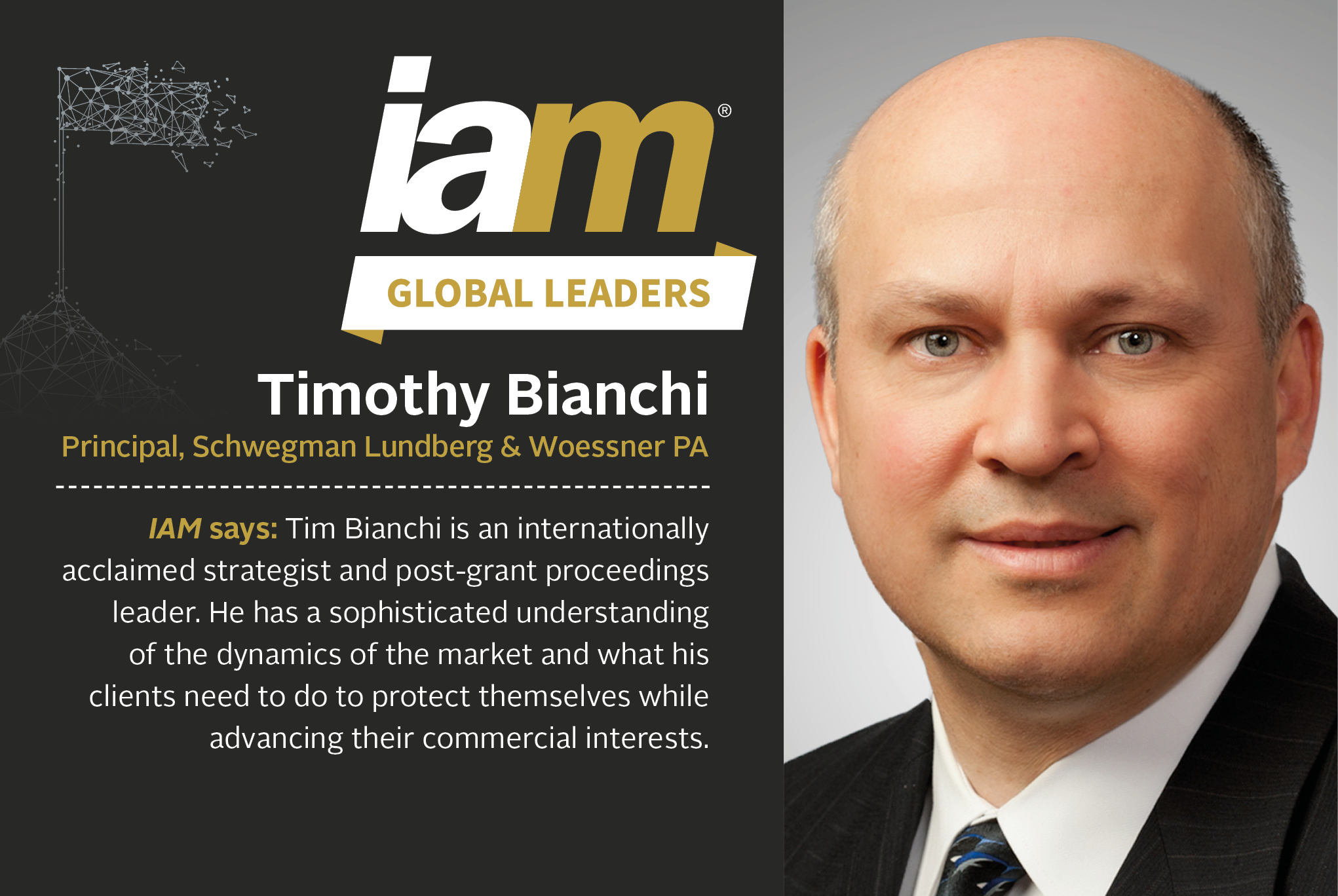 There are several obstacles, including time management, prioritisation of tasks, team building, work/family balance and maintaining a cutting edge with regard to legal and business developments. All of these are related and all require continuous reevaluation and improvement. While they are really never overcome, they are made easier to continually address by having strong practice aids, such as docket management software and checklists, and by developing teams that can cross-check themselves as far as best practices and deadlines are concerned.

Our firm pioneered the development of substantial software tools, which make constant re-assessment of the core practice challenges easier. These tools were in place and used successfully over a decade before the pandemic, allowing a nearly seamless transition when it became obvious that we would be working remotely for some time.

As far as the team building is concerned, we have always tried to apply core principles of rewarding and encouraging respect, excellence and client service, and building a family-friendly environment. We seek a diverse workplace where all can find a match to their work/family interests, even when these change over time. While we have not been perfect, I think we have exceeded what we thought could be accomplished and we challenge ourselves to improve in all of these core areas.

As the America Invents Act celebrates 10 years in force – what did it get right and what needs changing?

The act properly set out to provide a relatively rapid administrative option for challenging patent validity in an effort to offer a focused validity challenge under a panel of administrative law judges with patent and science expertise. However, it did not address all of the complexities arising from such proceedings. For example, the PTAB demonstrated that it can produce final written decisions within the one year timeframe set out for these trials, but any decision that is appealed goes into a longer process involving primarily the Federal Circuit, which can result in other appeals and remands that take much longer. This aspect of post-grant practice introduces uncertainty and opportunities for parties to game the system beyond the one year timeframe envisioned by the drafters of the act’s trial provisions. The ramifications of uncertain appellate practice include uncertainty with regard to estoppel and a complex interplay between administrative trials and district court practice. While lawyers are able to navigate these systems, the end result is frequently more litigation and costs – exactly the opposite of what was intended.

Another difficulty of the America Invents Act is that a patent challenge is driven by the complexity of the technology and number of claims, but the administrative trial rules and practices tend to take a one size fits all approach. Absent some joinder options, which have been increasingly limited, a challenger using inter partes review must challenge every claim that could be a threat to its business within one year of any enforcement of the patent, whether it is a claim that is currently being asserted or not. This creates additional strains on the petition process and increases the commensurate costs of post-grant challenges.

Yet another difficulty is that the costs required to file and litigate administrative patent challenges may not be prohibitive for large companies, but the same cannot be said for most small and mid-size companies. I think we need to focus on ways to level the playing field so as to not weaken inventors’ rights and decompensate the system to further benefit the large companies that can better afford post-grant challenges.

I have had the amazing fortune of teaming with some great litigation groups of excellent lawyers for whom I have tremendous respect and from whom I have learned so much. It has also allowed me to learn from equally gifted opposing counsel whom I also respect. These experiences have been priceless because they reinforce the need for quality in all phases of patent counseling and practice.

One particularly rewarding case involved a technology made by an inventor out of his own garage. Without getting into all of the details of the representation, we were successful in our post-grant defence of his asserted patents, and ultimately prevailed in a trial where those patents were tested again. I will never forget the way that the lead litigator reminded each of us on the team how we contributed to the success of that campaign. He was truly a wonderful example of a model patent attorney for all of us and very successful as both a prosecutor and a litigator. Sadly, he recently passed from an aggressive cancer, but his influence lives on in those of us lucky enough to work with him.

Every practitioner has a case where their work was vital to a company’s success. These can be the most rewarding because the stakes are high and the impact is substantial: the results can make or break the company. In this instance, the inventor was responsible for a multimillion dollar industry that continues to grow and flourish today, and patent infringement was addressed in an effective and meaningful way.

What steps would you like to see the next USPTO director take when it comes to inter partes review proceedings at the PTAB – and how likely do you think they are to happen?

It would be great to see some changes made to post-grant review proceedings to eliminate multiple petition filings and to stem reversal and remand from the appellate courts where possible.

One way to do that is for the new director to promulgate rules that require the parties to make more definite statements of the alleged grounds of invalidity by eliminating vague or ancillary contentions in the petition. Many petitions introduce a number of indefinite assertions or references to prior art that are not asserted as combinations on the grounds of invalidity, but which become points of contention during the America Invents Act trial or on district court appeal. The resulting problem is that patent owners have to address every allegation in a petition whether it is incorporated into grounds or not.

Currently, patent owners can argue these allegations in the preliminary response and in the patent owner’s response if trial is instituted. However, this practice increases confusion for the board and for the appellate courts, because after SAS Institute the board’s prior practice of partial institution no longer exists. If per SAS Institute every ground must be addressed, then it makes sense that the grounds be unequivocal to focus administrative review and resulting court appeal. Vague or equivocal grounds also test the ability to create a good record based on type-volume limits of the America Invents Act trial briefs, resulting in inferior arguments and records on the case and more pages of uncertain debate for the board to sift through and have to make findings on. It also increases the likelihood of reversal based on ill-formed arguments and evidence.

Given the short deadlines to litigate cases before the board, it would be helpful if the new director could propose a set of guidelines for preemptively addressing vague contentions before a preliminary response is due. In a more perfect world the petitioner would have an opportunity to clarify the grounds before a patent owner’s preliminary response was due. That way a patent owner could get a determination of whether such contentions are considered by the panel to be grounds before devoting pages and cost to refute them in a preliminary response. The net effect would be to create a more concise and accurate record.

Another beneficial change would be if the new director clarified and limited the process for introducing new evidence late into the proceedings. Late introduction of evidence is rarely, if ever, struck from the record but disadvantages those that have to respond to it. This practice defocuses the debate on the grounds developed earlier in the proceeding and raises the the costs of the administrative trial for little gain. A study of board decisions could be made to determine evidentiary offerings that are unlikely to be considered for purposes of the final written decision, and rule making to curb such submissions could be made to eliminate needless briefing and commensurate costs.

How has your management style evolved over your career, particularly over the past year of remote working?

Remote working provides some benefits, such as no time lost in commuting, but also creates a number of communication challenges. I found it valuable to take a little time with everyone I work with to catch up on what is going on in their world. It maintains a sense of community and it helps to know what your colleagues are going through to make sure assignments do not overwhelm co-workers going through hard times.

How do you ensure that highly technical concepts are made clear and accessible for key stakeholders and judges?

Presenters must always set forth fundamentals of a technology and yet address the more technical points of the invention without insulting the audience’s intelligence and wasting their time. It is important to remember that some people are visual thinkers who appreciate graphics in slides more than they do text, while others prefer text bullet points. It is also important to remember that the materials you develop will be reviewed by a judge or a clerk to develop the final written decision.

It is also good to remember that the citation of references must be clear not just in the administrative proceeding but in any resulting appeal. A fair number of briefs suffer from the use of numbering that is inconsistent with the labels applied to the documents, increasing confusion for the reviewer.

What advice would you give to someone preparing to argue in a remote hearing?

Patent pools are useful for simplification of the standards for the process of obtaining licences to practice. Current concerns about barriers to entry for smaller manufacturers could be addressed by more inclusive provisions for patent pool participants.

If you could make one change to the US litigation scene, what would it be – and do you think that it is likely to happen?

Another thing that the pandemic has taught us is that many of the hearings and appearances we made in person could be accomplished remotely. We could save millions of dollars of travel costs and benefit the planet by adopting practices that employed travel only where necessary.

What are the biggest challenges facing your clients right now – especially given the turbulence of the past 18 months?

The efforts made in the past years to harmonise US patent practice with that of other countries are jeopardised by the current state of patent eligibility under Section 101 of the US Code. The United States is hampering its own progress in the world economy by failing to resolve its position on subject matter eligibility. The result is continued filing by stakeholders of patents which have uncertain enforceability given the ambiguities of Section 101 precedents. This must be resolved before the United States can demonstrate technological and patent leadership in key technologies, such as AI, machine learning, and the resulting applied technologies impacted by them.

Timothy Bianchi is a principal of Schwegman Lundberg & Woessner. He is active in patent procurement, patent challenges, opinions, due diligence, acquisitions and patent litigation strategy. Mr Bianchi represents patent owners and petitioners in inter partes reviews and re-examinations, many of which are involved in concurrent litigation. His background is in medical devices, signal processing, communication electronics, computer hardware and software. He has electrical engineering and research experience from his time with IBM, Honeywell and the University of Minnesota.