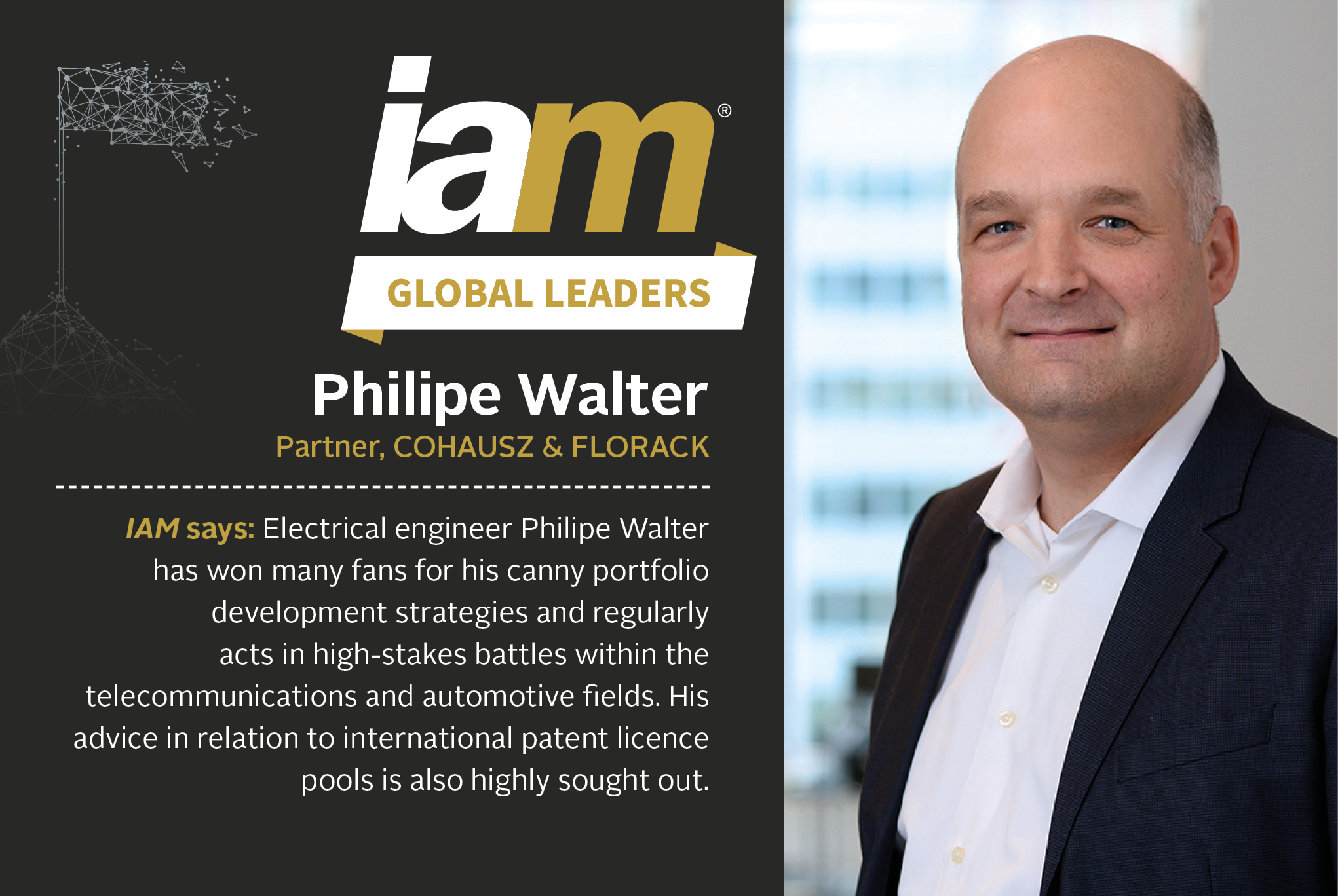 What led you to a career in intellectual property and to you have any advice for anyone considering a similar career path?

During my electrical engineering studies, I found that both business and law were of interest to me. As a result, I began to study business administration in parallel with my technical studies. I attended an IP class, and something in me caught fire. From that moment on, it was crystal clear that I wanted to become a patent attorney.

From my point of view, it is important to be able to ask the right questions. One should not only be interested in issues of law, but also able to focus on the client’s business perspective. You need to be open minded and able to formulate points precisely. It is also important to understand that this job requires long hours at the desk with a lot of reading of complicated issues.

What are some of the biggest challenges that clients face in the Internet of Things (IoT) and other tech spaces?

The convergence of industries seems to me the biggest challenge. Traditional companies will begin to face new competitors, which have huge patent portfolios in exactly the fields in which such companies need to invest. In tech, it seems to me, companies are more progressive and aggressive. This means that on the one hand there are many inventions and on the other hand, a new willingness to enforce. This is a problem for emerging companies in the IoT space.

I first need to understand the business needs of my client. When I have these, I can advise them with the best IP strategy. It is important to build up a long-term relationship, always to keep your word and to make visible the effects of the strategy. If the client understands that my biggest concern is their business success, rather than elaborating on minor, less relevant issues of law in a particular case, their trust in me will grow.

If you could make one change to the German licensing landscape what would it be – and how likely do you think it is to take place?

Counter question. Why should one want to change the German licensing landscape? We have by far the most experienced patent judges in the world. In addition, we have highly streamlined, cost-effective lawsuits – plaintiff and defendant pretty soon know what their positions are, so that licensing is possible on solid legal ground. Given the fact that the injunction gap has been take care of with the latest changes in patent law, I do not see a need for further amendments.

Patent pools are extremely useful, as long as they are managed well, the licence fees are reasonable and the patents in the pool have been evaluated independently. We have been involved in patent pool evaluations for more than 20 years now and we see that the pools where patents are evaluated prior to entering the pool are most successful.

Given the constant desire to reduce costs, there are, however, pools that require only self-certification by the patent owners. One can imagine that the patent owners themselves are not independent and will probably not make the best judgement call as to whether a claim is essential. This will not result in a solid pool, since it is highly likely that at least some, probably many, patents in it are not as essential as they pretend to be.

For users of technology, the possibility of a one-stop licence is very attractive. However, this requires the pool to be as complete as possible, which appears to me a possible point of improvement for the future.

As a patent attorney at COHAUSZ & FLORACK, Philipe Walter has extensive expertise in the fields of electrical engineering, information technology and mechatronics. He has been involved in numerous proceedings between smartphone manufacturers, as well as court disputes between automotive suppliers and set-top box manufacturers. In addition, he deals with patent law issues in connection with international licence pools that concern video-coding standards.