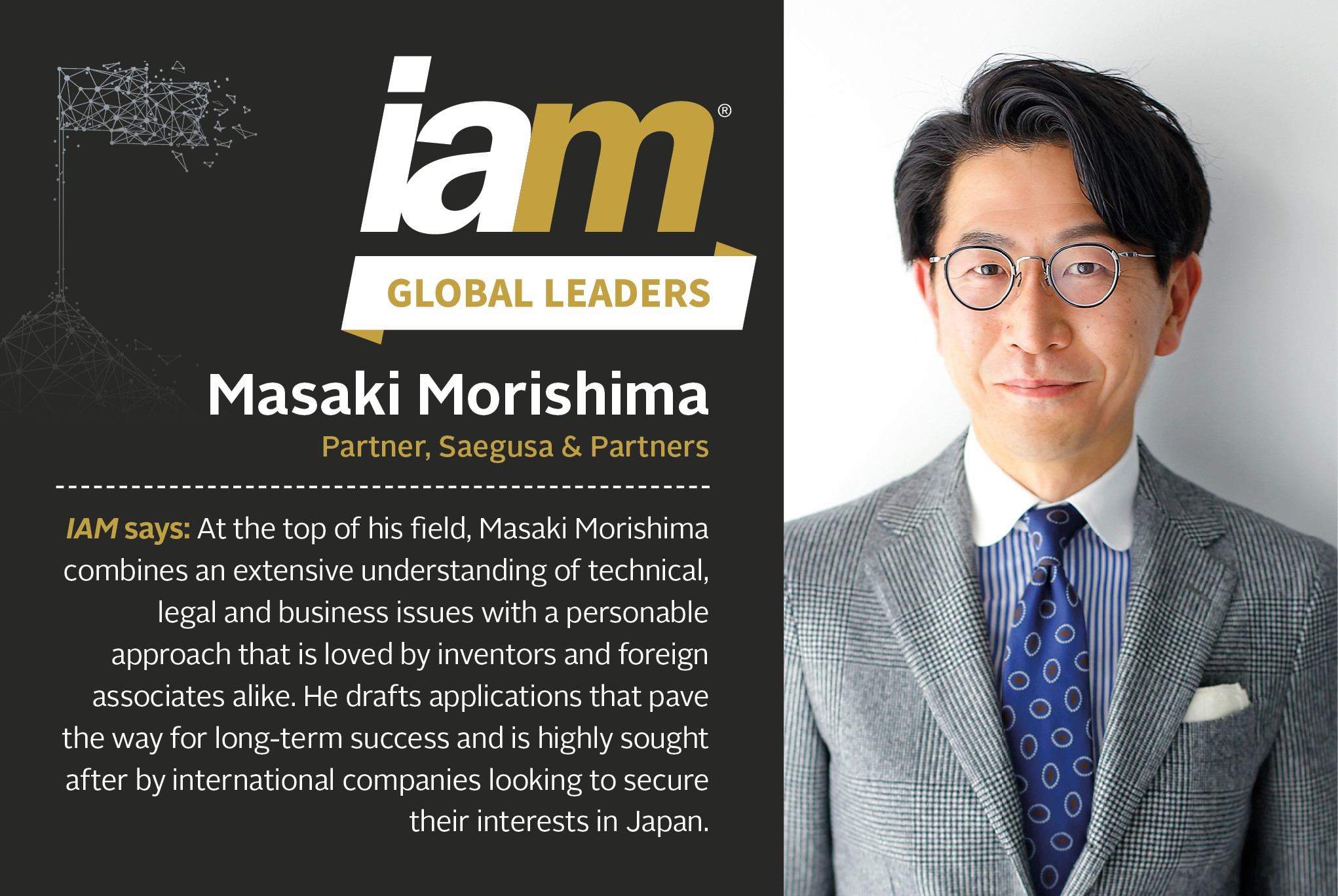 We have been under an unprecedented level of economic pressure in recent years, caused at least partially by the rise of non-traditional service providers, such as those specialising in annuities, national phase entry and translation. Thanks to the new challenges posed by these service providers, we realised that focusing on our strengths – namely, doing what they cannot replicate, while improving our productivity – is what will truly benefit our clients.

For more than a decade, I have represented a client through an international patent dispute between it and five other chemical giants. Although difficult, this dispute – which spanned Japan, the United States, Europe, India and other regions – has also been an incredible opportunity for me to not only study the differences in the patent practices of multiple countries, but also to travel and meet new colleagues around the world (which is, obviously, very difficult to do at the moment).

What are some of the most common mistakes that non-Japanese patent owners make when enforcing their rights in Japan – and how can they avoid them?

Many non-Japanese patent owners mistakenly believe that their chances of winning patent-related cases in Japan is considerably lower than in other jurisdictions. This misunderstanding appears to be due to the fact that more cases are settled in Japan than elsewhere and the statistics concerning these settlements are somewhat perplexing to non-Japanese patent owners. Specifically, according to numbers from 2014 to 2019 concerning patent infringement cases before the Tokyo and Osaka district courts (ie, at first instance) that led to a final outcome including judgments and settlements, remedies in the form of an injunction or damages were provided through judgments and settlements in around 20% and 24% of the time, respectively. Although the success rate for patentees obtaining a positive judgment might not initially look promising, these statistics indicate that the chance of winning a patent-related case is around 44%. I think that this rate is somewhat higher than what non-Japanese patent owners would expect.

You have extensive experience of prosecuting patents at both the Japan Patent Office (JPO) and the EPO – what are some of the key differences between the two that rights holders should be aware of?

The JPO, as well as the Patent Court in Japan, regards added (ie, new) matter much more generously than the EPO. Thus, even if unexpected prior art is newly cited in a post-grant invalidation challenge, you may be able to maintain the disputed patent with a reasonable scope while carving out (by way of amendment) only relevant portions from the claims, in a relatively liberal manner. However, the JPO scrutinises the plausibility of an alleged technical effect somewhat more strictly than the EPO does. For example, if the JPO believes that the experimental data included in a specification as filed is insufficient, you might have trouble convincing it that your alleged technical effect is achieved throughout the claimed range. Such an issue normally leads to rejections due to lack of support, as well as lack of inventive step. In principle, the JPO does not accept post-filed experimental data as the sole means to cure such a deficiency in the original specification.

If you could change one aspect of the Japanese patent scene, what would it be – and do you think that it is likely to happen?

I think that the JPO should put more effort into deliberately ‘working out loud’ and broadcasting to international users what it is doing. This will not only increase the satisfaction of these users, but also help to remove an obstacle that may be hindering people (due to misunderstanding or lack of information) from prosecuting in Japan. Compared to other patent offices around the world, I think that the JPO has more room for improvement in this area. Such improvements may include taking more opportunities to broadcast, to international users, the rationale behind its examination guidelines as well as its case law (in terms of appeal decisions). In fact, the JPO did once set dissemination of its examination guidelines to international users as a goal in 2016; however, I think that a constant effort to reform in this area is indispensable to achieving true success.

Masaki Morishima is a partner at the long-established IP firm Saegusa & Partners, where he heads the international client department and co-heads the chemical and biotech department. He was awarded a master’s of science in applied life science from the Graduate School of Agriculture, Kyoto University. Mr Morishima works with a diverse array of clients from various chemistry and biotech fields, including those of specialty chemicals, pharmaceuticals, enzymes and stem cells.