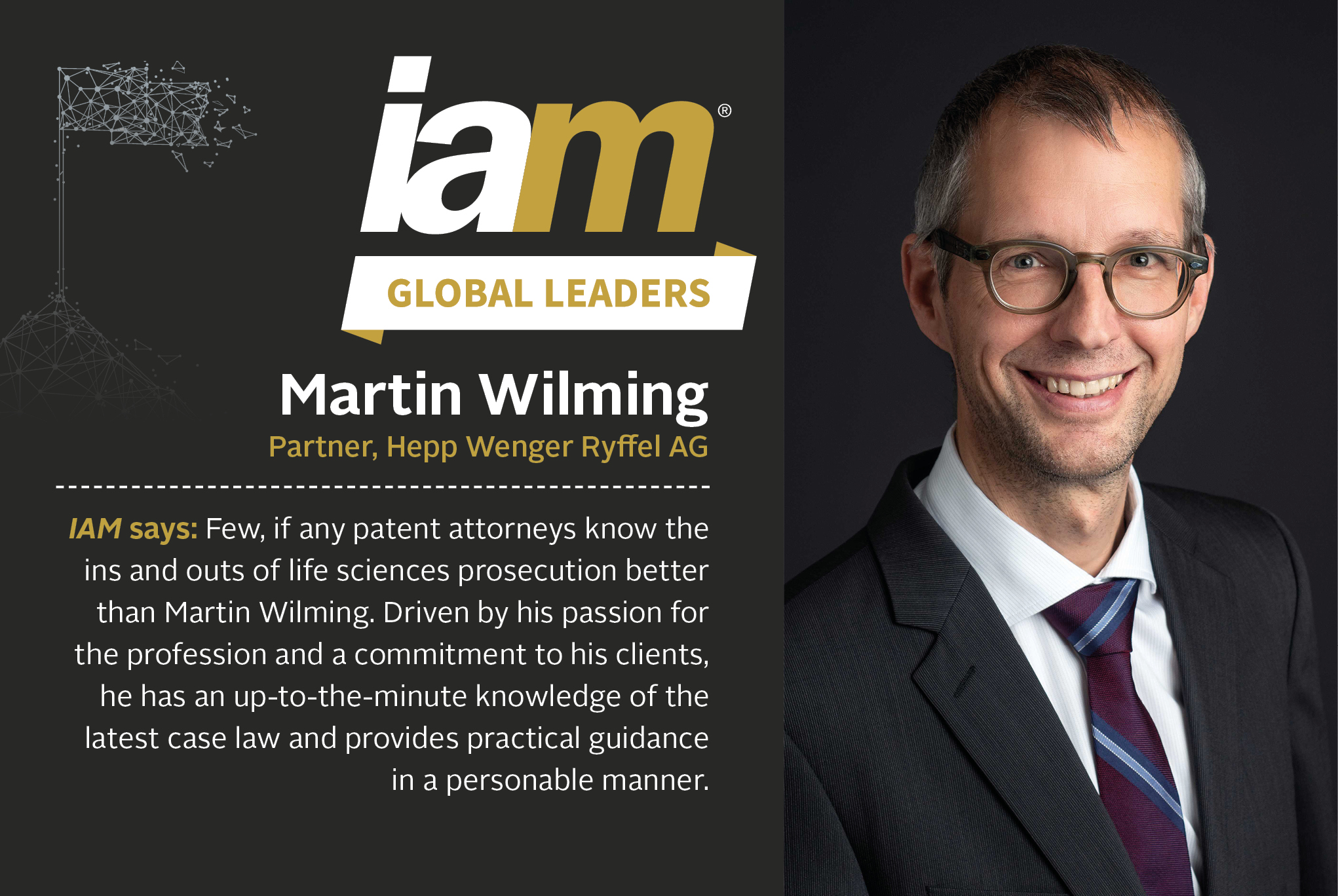 That would be my very first patent infringement case to which I was called in my early days as a patent attorney trainee – I can still recall all the relevant patent numbers! The case taught me a lot about the importance of managing expectations and of gaining the client’s trust. Faced with an interim injunction in the home market, the client never lost faith but switched production to another country and remained a reliable supplier in other markets, which turned out to be a huge business opportunity. In legal terms, the tables were eventually turned: the injunction was lifted and the patents were revoked.

How has your management style changed over your professional life – particularly given the last year of remote working?

There is one thing that I have had to learn and am still improving on, I hope: loosening up. As a partner, I am responsible for the client’s satisfaction. But I cannot do all the work myself and I do not have to. I firmly believe that supporting, encouraging and entrusting people to reach their full potential and uphold the firm’s values is key. Micromanagement is poor practice – I aim to maintain an open discussion culture within working groups, despite the rise in remote working.

What are the most important considerations for companies engaged in patent infringement proceedings while opposition/appeal proceedings are pending at the EPO?

When a patent is involved in infringement proceedings and is also being challenged at the EPO in opposition/appeal proceedings, it is crucial to align the submissions for these as closely as possible. One should always bear in mind that an overly broad claim construction of a claim feature that covers an allegedly infringing embodiment makes the patent potentially more vulnerable to invalidity attacks. Such a claim construction may spill over to EPO proceedings, with effect in all European Patent Convention contracting states. Further, consistency is key. Contradictory submissions at different forums are never helpful. The timeline of both proceedings should also be taken into account. The outcome in first-instance opposition proceedings at the EPO may well have an impact on infringement proceedings at the Swiss Federal Patent Court, in particular in summary proceedings – even though the court only recently made clear that EPO decisions are only followed as ‘persuasive authority’ when the reasoning is indeed persuasive.

Some directorate-generals at the European Commission are taking an increasingly close look at FRAND licensing issues and may begin to intervene more actively – how might this affect how Swiss courts deal with such issues?

Proceedings at the Swiss Federal Patent Court involve a preparatory hearing after the first exchange of briefs, with an informal section where the parties can discuss settlement after a delegation has given a first and (very) preliminary assessment of the case. This furthers early settlements in straightforward cases, and I would assume that it is of even more value in FRAND cases. Rumour has it that the court dealt with its first FRAND case back in 2018; one representative apparently involved held that the court “is well prepared for this type of dispute” already. This case was settled, with no decision published. I have every reason to assume that the Federal Patent Court will consider current developments in the European Union when it comes to decision making or a settlement proposal next time.

If you could make one change to the Swiss patent litigation system what would it be – and do you think it is likely to happen?

Patent infringement proceedings in Switzerland are governed by the Civil Procedure Code, which is not always ideal. Some recent case law of the Supreme Court has not been helpful for patentee plaintiffs. It is possible to invoke patents to a limited extent only, in order to counter, for example, a plea for nullity in defence. However, this has to be made early on in the proceedings and must include a showing of infringement of the so-called ‘verbally limited’ patent. Some perceive this regime to be too rigid, compared to other jurisdictions, but I do not believe that much will change. What I hope for, though, is that case law will clear up some procedural uncertainties of how the Supreme Court’s decisions are to be carried out in practice.

Martin Wilming is a Swiss and European patent attorney, with a PhD in bio-organic chemistry. He is mainly active in complex prosecution, opposition and appeal proceedings before the EPO and in litigation before the Swiss Federal Patent Court. Dr Wilming is an active member of the European Patent Practice Committee of the Institute of Professional Representatives before the EPO and contributes to the work of the EPO’s Standing Advisory Committee.