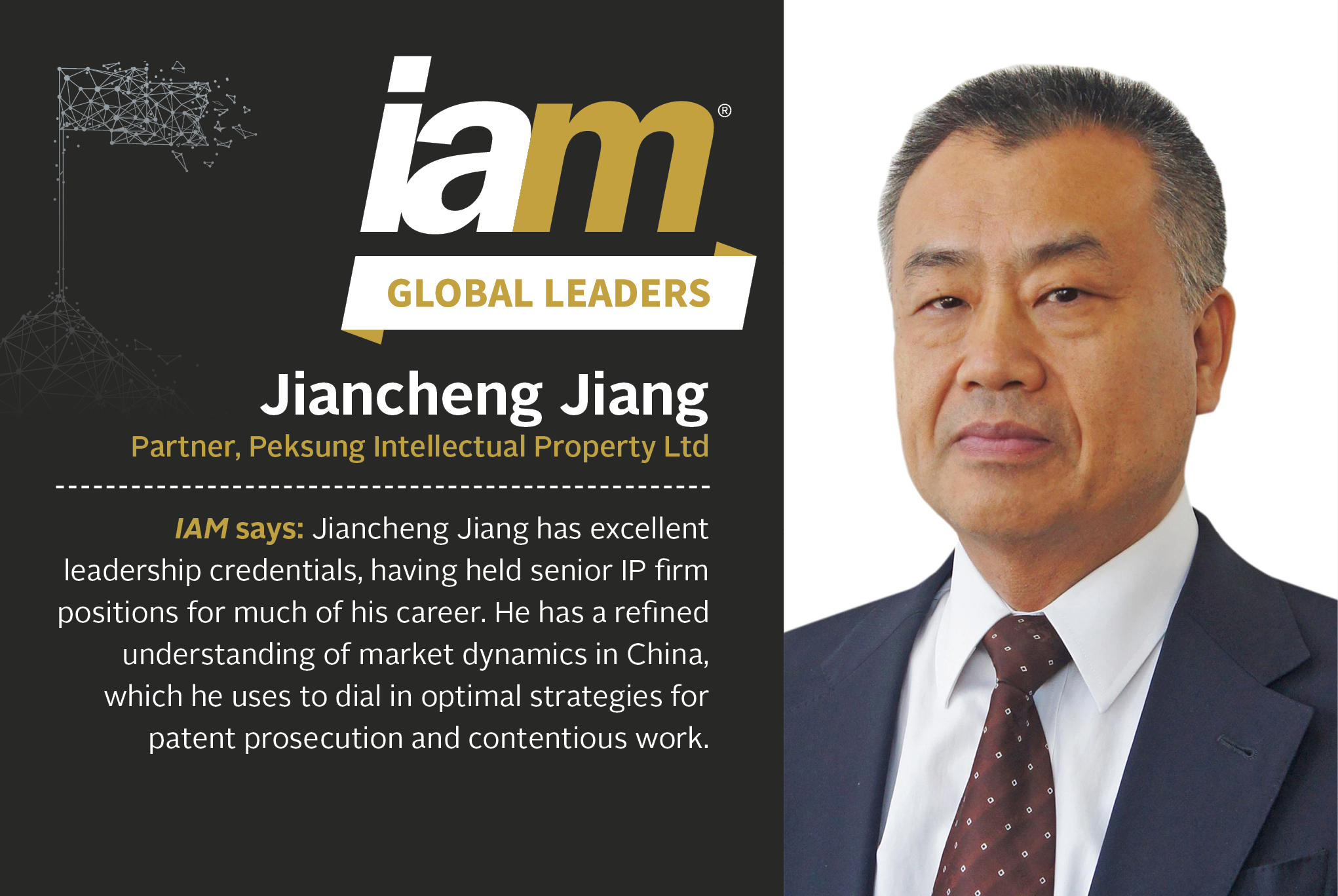 What does effective law firm leadership look like to you?

Firm leadership takes not only managerial skills but also persistence and endurance. Adaptability in an ever-changing world is also a must-have. Effective leadership should keep the entire firm at a higher level of expertise and ethical standards. At the same time, it should be good enough to allure and keep hold of talents in the profession.

In one particular contentious matter, the instructing person was at the highest level of management in their company. He was trained in finance but had little knowledge of patent law. While a little out of my expectation, he made sensible comments on my advice on litigation strategies and gave go-ahead instructions with balanced consideration of multiple factors, such as business development, legal risk management and cost control. Working with him made me aware of the importance of appreciating the whole picture of a matter, viewed not only from a legal perspective. It also gives me a clearer idea of what and how much value your legal service can add to the operation of a business.

What are the biggest challenges facing international clients looking to enforce their chemical and biotech patents in China?

It is generally perceived that the patentability standards for chemical and biotech inventions in China are more stringent than in other jurisdictions. Even after having successfully passed prosecution, the chance of a granted patent being invalidated by competitors is still more than slim. So when a patent owner is trying to enforce a patent, it is almost certain that the accused side would try to challenge the patent as a countermeasure. That would add uncertainty to and even discourage (to a certain extent) the enforcement effort. Another challenge might be the issue of appreciating technology. The level of technical training of judges handling patent cases is still inconsistent and it is unrealistic to expect all judges to have a good understanding of all technical areas. The difficulty is especially seen in chemical and biotech areas.

The race to develop and distribute covid-19 vaccines has thrust the biopharma sector into the spotlight – what changes do you expect to see as a result of this scrutiny?

With the pandemic still ongoing, vaccines are more and more appreciated as an eventual option for getting rid of the disease, or at least halting its spread. While accessibility is undoubtedly a big issue in this regard, incentives to the development of vaccines are also playing a vital role. So there is likely a need for an adjustment of the patent system in response to the current pandemic. Any changes might be both in procedure and in substantive law. However, the proposal for a so-called ‘patent waiver’ does not sound like a positive move in this respect, as it would not contribute to accessibility or provide more incentives.

If you could change one aspect of the Chinese patent prosecution system, what would it be – and do you think that it is likely to happen?

I would propose a change in the utility model system. Under this, a utility model right can be granted with a lower standard of inventiveness than that of a regular patent, while still enjoying virtually the same level of legal protection. Also, there are categories, for example processes and chemical products, that are not eligible for utility model protection but only for protection as regular patents. This is not logical. The absurdity has been seen both in the prosecution and enforcement practices. I foresee two options for improving the law. One is to make the patentability standard uniform between utility models and regular patents but reserve shorter periods of duration for the former with lower costs. At the same time, the eligibility should also be made the same. The other option would be simply to abolish the whole utility model system. I do think one of the two will be realised in the future as Chinese patent law seems to be evolving all the time in response to domestic companies’ increasingly stronger R&D capability.

Jiancheng Jiang is a partner at Peksung Intellectual Property. He began to practise IP law at China Patent Agent (HK), where he became responsible for all patent matters at the company. He went on to found Peksung in 2003, and today is registered to practise before the Chinese Patent Office and is admitted to the Chinese Bar. Mr Jiang was also vice president of All-China Patent Attorneys Association, and now specialises in biotechnology, pharmaceuticals and chemistry.