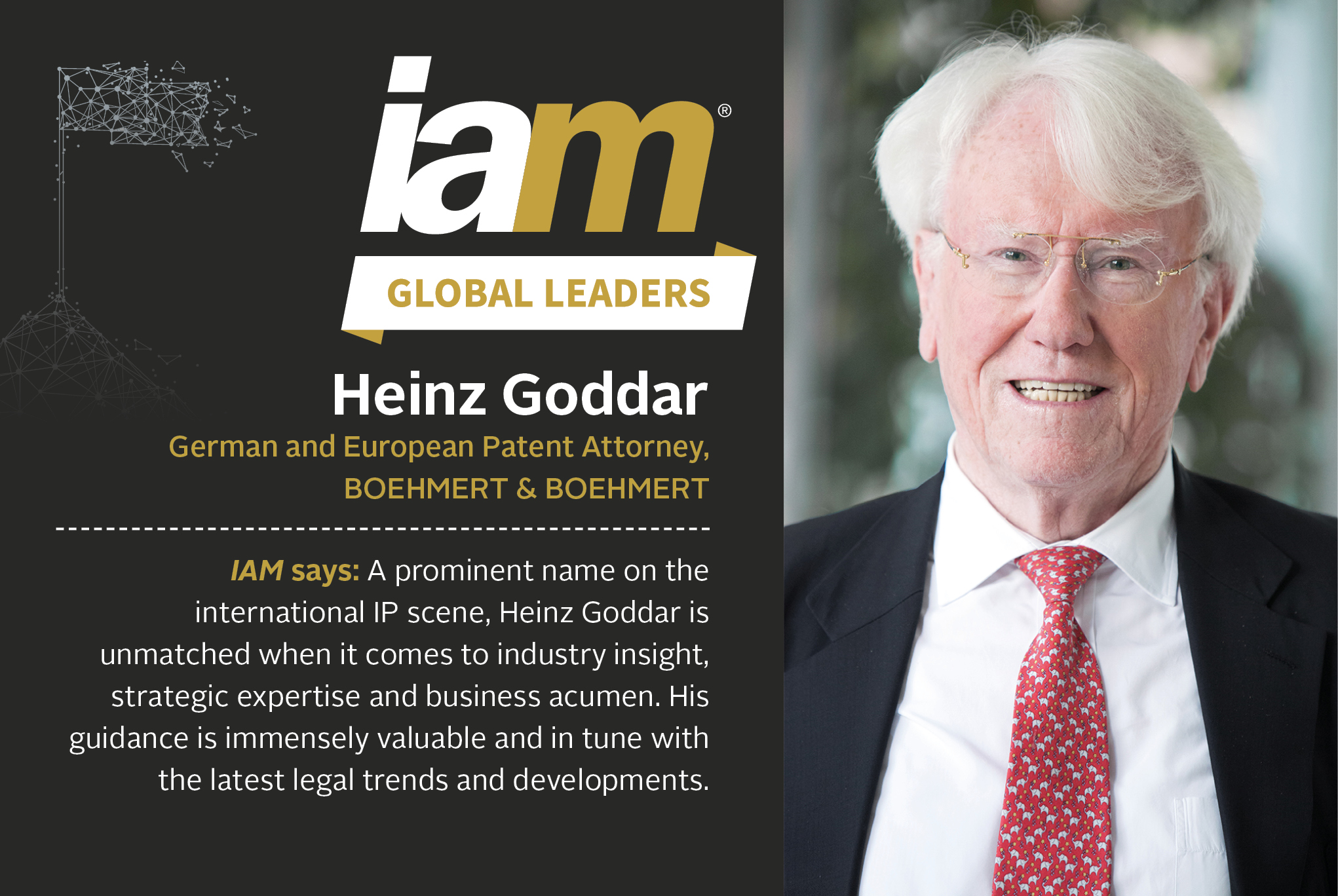 Over the years and even decades of my professional career as a German and European patent attorney, one consistent obstacle has been to find ways to amicably solve conflicts of interest between important clients. This requires having a very open discussion with the two to find solutions, such as using separate teams for certain clients and placing a Chinese wall between them. Such cases are difficult but solutions have been achievable; it is even possible to give strategic advice to parties on different sides of the Chinese wall without compromising either one. Openness, transparency and maintaining full trust with clients is feasible even under difficult circumstances.

What are the biggest challenges facing international clients looking to enforce their patents in Europe right now?

The biggest challenge is to find experienced teams of patent attorneys with deep technical knowledge of the disputed patents and lawyers specialising in patent litigation matters, particularly in Germany, where nearly all European patent litigation cases are handled.

More and more, it appears to be useful for patent attorneys to take the lead in the strategic planning and conduct of patent litigation, with lawyers, preferably of the same professional environment (ie, IP firms) assisting them.

They are extremely useful. It would be better if such pools were construed as a one-stop-shop for a FRAND royalty, overseen by a central patent administrator. That administrator would then be responsible for regulating the mutual monetary obligations of the members of the pool as well as the licensing conditions, in a top-down way, towards newcomers. Pools could be improved further if there were an internal mechanism for determining whether self-declared SEPs were actually essential to the standard, as well as mechanisms to determine FRAND rates by mediation/arbitration.

How are developments in AI and machine learning shaping the European IP ecosystem?

Developments in AI and machine learning are making machine translations better and better, and therefore patent offices like the EPO, but also national patent offices, particularly the German Patent and Trademark Office, should start to accept machine translations as sufficient to fulfil any obligation to file translations of the original patent application into the requested language. Developments in AI will make this happen sooner or later, while advances in machine-learning systems will improve voice-recognition and dictation programmes so much that secretaries transcribing voice notes will soon be a thing of the past.

German courts, from my viewpoint, look more and more into proportionality questions before issuing injunctions, particularly as a consequence of the new Article 139(1) of the German Patent Act. This would mean that the courts might determine essentiality first and then go through arbitration to determine FRAND rates. Also, the proportionality requirement of Article 139(1) might allow for a closer look at the personality of the patentee-plaintiff, leading to more judgments in which no injunction is granted, but rather monetary compensation ordered where the plaintiff is enforcing patents for monetary reasons, rather than to protect its own intellectual property.

Heinz Goddar is a German patent attorney and European patent and trademark attorney, operating out of the Boehmert & Boehmert Munich office, where he is a partner. His technical background is in physics – in which he has a doctorate – and he teaches IP law as an honourary professor at the University of Bremen, as a lecturer at the Munich Intellectual Property Law Centre, and as a visiting professor and lecturer at several other universities in Asia and the United States. Mr Goddar is a past president of Licensing Executives Society (LES) International and LES Germany. He was awarded a gold medal by LES International in 2005 and was inducted into the IAM IP Hall of Fame in 2014.