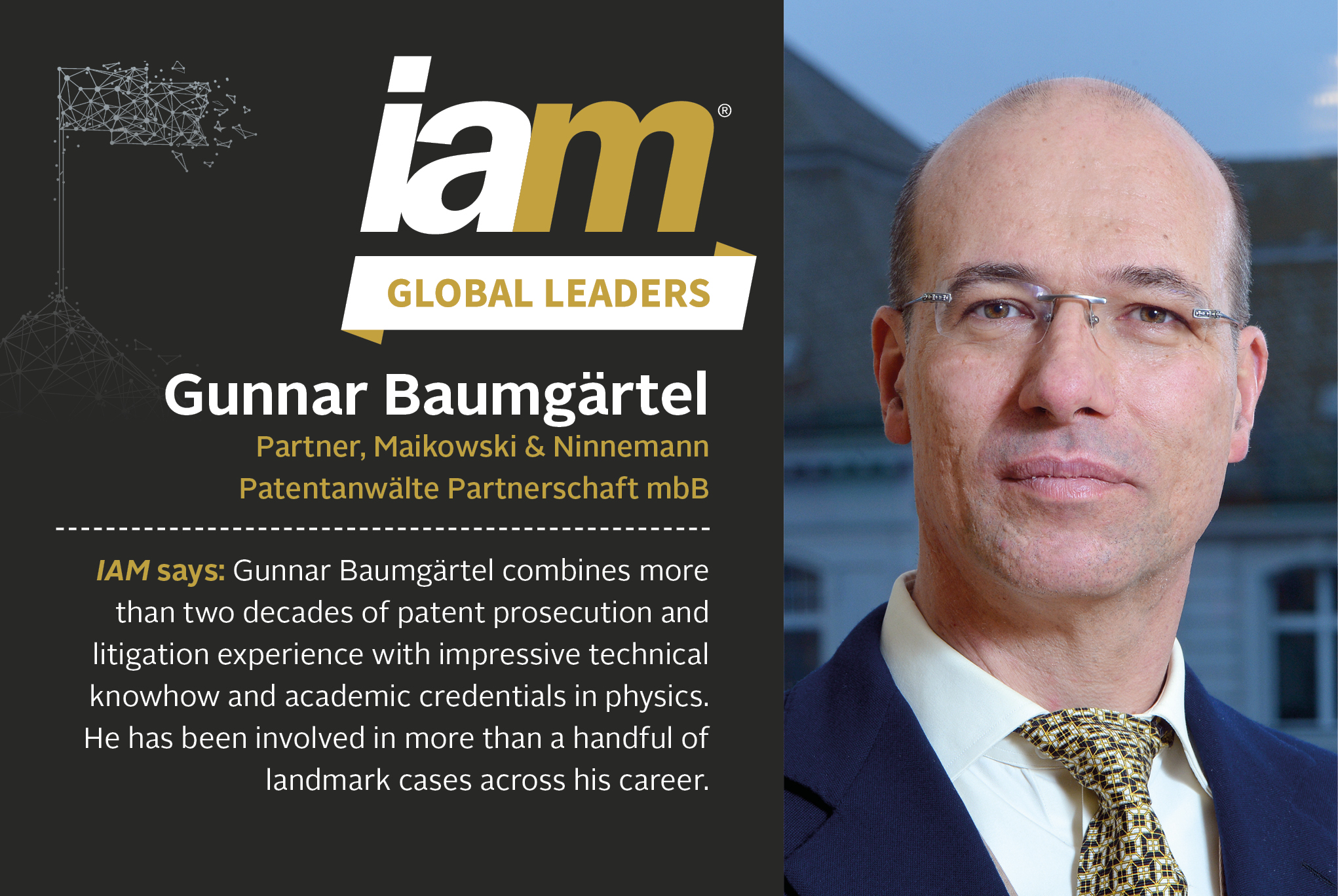 In Germany, patent litigation is organised into a bifurcated system, whereby patent infringement proceedings are conducted before a district court, and the respective parallel nullity proceedings are conducted before the Federal Patent Court; it is a very complex and uncertain system. There are frequently differing assessments of important legal and/or technical aspects by the different panels of judges, especially if the dispute is being litigated in several jurisdictions.

It is therefore very important to handle these cases with an experienced, highly qualified team of attorneys who, on the one hand, are able to stay the course in difficult situations and, on the other hand, can react flexibly enough to properly consider all important aspects of the case.

In an oral hearing concerning a request for a preliminary injunction in a patent litigation matter, in which we represented the respondent (defendant), it became very clear after the introduction of the presiding judge that the court considered the patent to be both infringed and legally valid, so that we could hardly expect to prevent the issuance of the preliminary injunction. However, during a break in the deliberations, we received a completely unexpected message from our office that the so-called ‘qualified notice’ under Section 83 (1) of the German Patent Act, that is to say, a preliminary assessment of the legal validity of the patent by the Federal Patent Court, had just at that moment been served in the parallel nullity proceedings. According to this, the patent was not based on an inventive step. The application for a preliminary injunction was therefore dismissed.

In the subsequent oral proceedings before the Federal Patent Court, the latter changed its opinion on inventive step and maintained the patent as granted.

Now it appeared again as if our client’s conviction for patent infringement was imminent. In fact, however, it became apparent in the second hearing before the district court that the latter had now also changed its opinion and no longer regarded the patent, which had been considered as legally valid by the Federal Patent Court, to be infringed. In other words, the infringement action was ultimately dismissed. What a rollercoaster ride!

This is also a fitting example of the challenges addressed more generally under my response to the first question.

The key to this is the willingness and ability to listen carefully to the client, with the aim of understanding their central concern (not only in legal terms) and then focusing the legal advice precisely on those aspects that are actually relevant. Further, the client must be able to recognise that the instructions based on such legal advice can actually be implemented in a target-oriented, promising manner. This creates a long-lasting relationship of trust between client and attorney, and is a basis for informed IP decisions.

How is patent infringement litigation evolving in Germany with regard to SEPs and FRAND terms?

The European Court of Justice (ECJ) will no longer rule on questions regarding SEPs and FRAND conditions referred to the ECJ by the Dusseldorf District Court in the patent case Nokia v Daimler about a year ago, since the parties terminated the proceedings. Thus, national German case law will become increasingly important, building on the recent FRAND objection decisions by the newly formed Cartel Senate at the Federal Court of Justice.

What are the biggest challenges facing international clients looking to enforce their patents in Europe right now?

As it is currently not foreseeable when the Unified Patent Court (UPC) will become operational, it is difficult for patentees who intend to initiate major international patent litigation in Europe to assess whether they will soon be able to initiate such proceedings before the UPC or whether such disputes will continue to have to be litigated before several national courts.

Gunnar Baumgärtel has been a partner at Maikowski & Ninnemann since 1999. He specialises in patent litigation and prosecution, and has vast experience in handling patent infringement cases before the district and appeals courts, as well as nullity cases before the Federal Patent Court. Dr Baumgärtel played a vital role in achieving a fundamental decision issued by Germany’s Federal Court of Justice concerning the admissibility of postgrant amendments to claims. He has also been appointed as an arbitrator in various international arbitration proceedings.