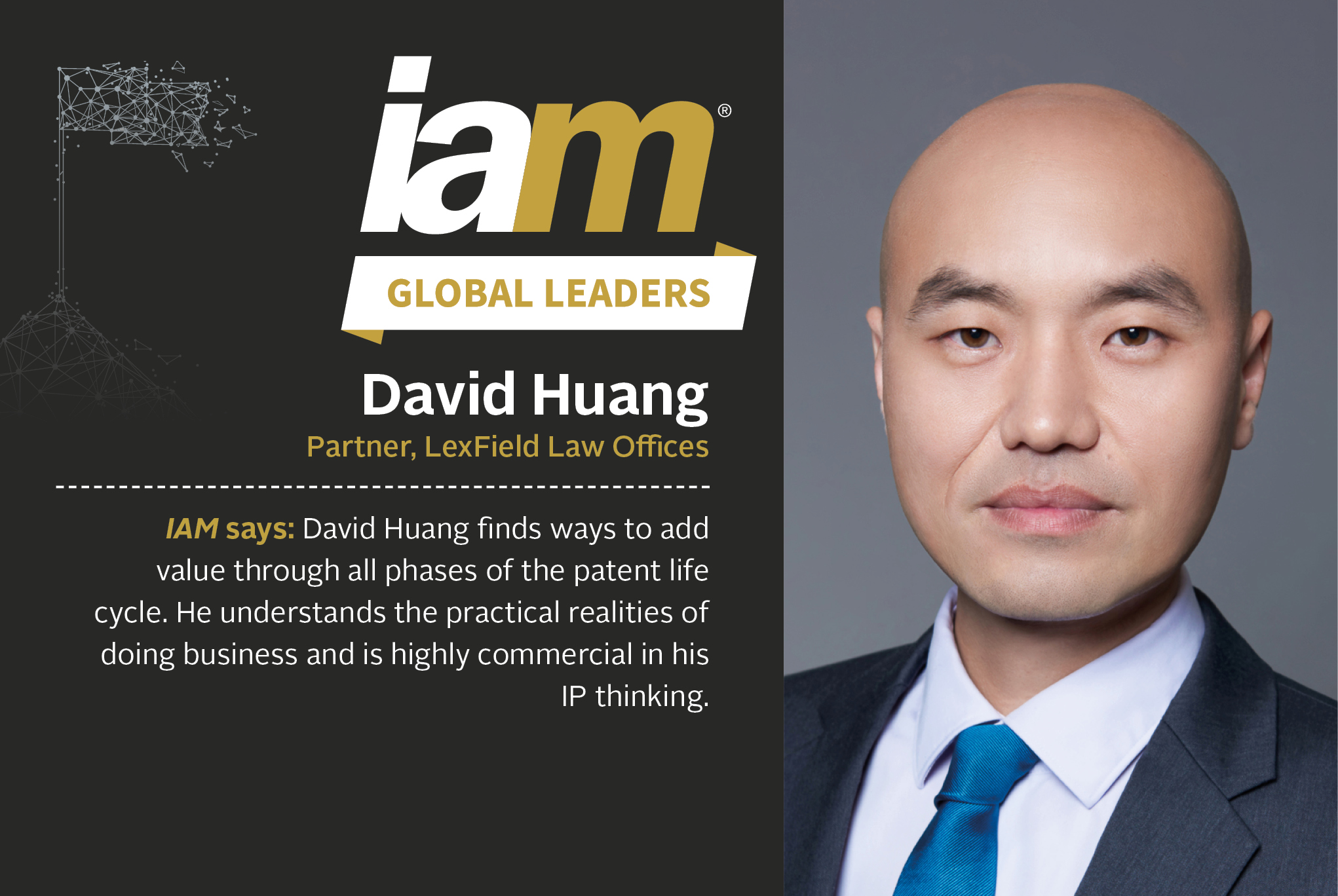 What led you to a career in intellectual property?

Intellectual property as the intersection of laws and technology has provided me with a fascinating career, allowing me to watch closely how technical innovations interact with the legal system to help shape the development of individuals, businesses, the larger economy and society. It is a good choice for anyone who has an affinity with both technology and logical reasoning.

I co-counselled Ericsson in its latest civil action on SEP licensing rates against Samsung and led a team to handle eight concurrent invalidation actions. Although the whole fight in China did not last long, the actions were extremely challenging with regard to the cutting-edge legal issues and technological complexities. It was an additional challenge to make sure that our preparations for all the invalidation actions were always on time given the fast pace of invalidation actions at the China National Intellectual Property Administration (CNIPA). On the prosecution side, I recently helped several clients in the pharmaceutical sector to win difficult re-examination proceedings to have their patents granted, all at the critical juncture of licence negotiations with their Chinese partners.

What are the biggest challenges facing your clients at present?

In comparison with counterpart patents in the same family, it is usually more difficult to defend Chinese patents. Transparency inside the courts and CNIPA remains a big concern. Predictability is low when it comes to court schedules, where long and unexplained delays are not uncommon. With all measures on the books and public postures made by the government, it is still a challenge to obtain market-value-based damages, and patent owners need to think outside the box in terms of evidence collection. Fortunately, more and more judges in courts across the country are open to considering high-quality evidence when it comes to obtaining meaningful damages.

What are some of the most common mistakes that foreign patent owners make when enforcing their rights in China – and how can they avoid them?

Many patent owners still do not give enough attention or allocate sufficient budget to defend their patents when initiating enforcement actions. This may be a mentality issue, as civil actions are more exciting to business managers as they involve injunctions and damages, while defending patents sounds more boring and involves pure expense and costs. As a practical consequence of this, local counsel may not be sufficiently incentivised in invalidation actions, which is very risky. In addition, patent owners need to think carefully in deciding whether to engage one firm to handle both the civil action and the invalidation action or two firms, one for each action. Both options have pros and cons. My general advice is that if it is possible, one firm is the better option as it provides better coordination between the two actions. If one believes that having two firms provides a wider perspective (which can be a wise decision when the matter is complex) a better practice could be to have both firms involved in both actions, even if this means higher legal fees.

If you could make one change to the Chinese litigation scene, what would it be – and do you think that it is likely to happen?

I would like to see a wider application of common-law evidence discovery in China. Back in 2016 the Beijing IP Court reportedly started a pilot programme for evidence discovery, but it then quietly faded away with no official announcement of its results or any subsequent implementation. A common understanding is that the various rules on ‘shifted burden of proof’ or ‘hindrance in evidence submission’ in the relevant laws and judicial interpretations have filled this void. But in practice, not all the courts and judges fully utilise the potential of these rules; they tend to be conservative in the absence of more explicit rules on how hard they can or should push defendants. This may gradually change in a positive direction given the top leadership’s repeated calls for, at least nominally, increasing the amount of damages and widening the application of punitive damages for IP infringement.

David Huang is a partner at LexField Law Offices. He has worked for several years in a top international law firm and obtained an LLM from the University of Pennsylvania Carey Law School. Mr Huang’s practice covers patent litigation, prosecution and IP transactions, and he is known among clients for always providing advice from a practical perspective and focusing on delivering for clients in a cost-efficient manner.