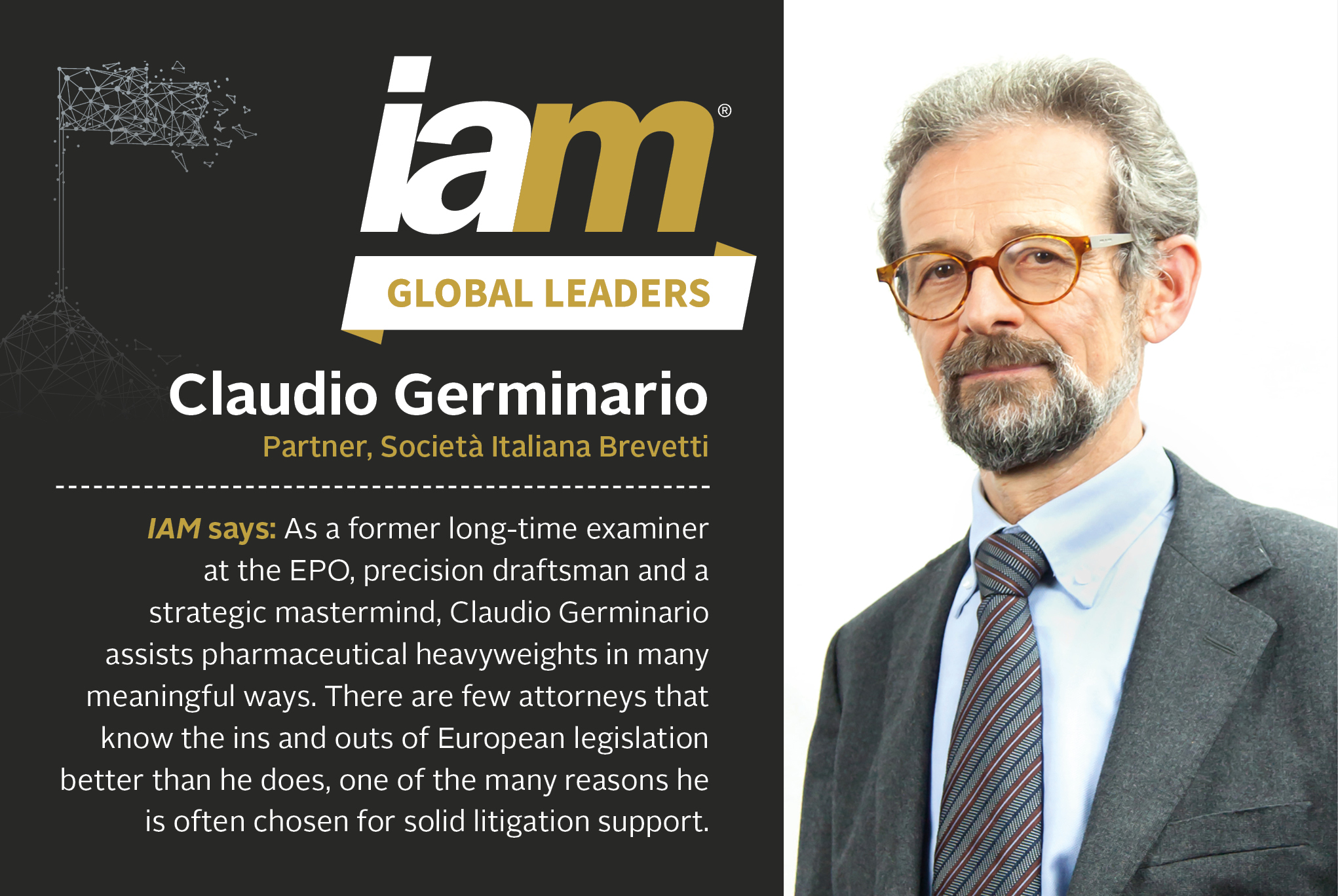 What advice do you have for someone considering a career in intellectual property?

When I joined the EPO in 1980, I was driven more by the opportunity to live abroad than by my curiosity about patents and did not know much about them. Decades later, I understand what a wonderful professional opportunity it was. Unfortunately, not everyone gets to start their career at the EPO. Therefore, my first piece of advice is to proceed step by step, initially by making the most of all the possibilities offered at university. Today, all study programmes in science involve intellectual property to some extent. I run a course on European and international regulation and patents at the University of Bologna. Second, consider acquiring a deeper knowledge of intellectual property at one of the many post-degree specialisation schools available in various European countries. Finally, get an internship at an IP firm to get first-hand experience of an IP attorney’s actual work before deciding to pursue a career in this area.

Which of your cases has been your most memorable and why?

As a patent attorney in the pharma/biotech field, I was a patent expert for a US Big Pharma company in international litigation that, as it happened, never took place in Italy. The case concerned judiciary cross-border proceedings in many European states between two pharmaceutical companies, Japanese and American, owning two different European patents, each protecting a monoclonal antibody anti PD-1 receptor. The two antibodies (nivolumab/Opdive and pembrolizumab/Keytruda) are indicated for cancer therapy by inhibition of the T-cell negative immune regulation of PD1-receptor. The two inventors were James P Allison and Tasuku Honjo, who were both awarded the Nobel prize for medicine in 2018. Both antibodies received a marketing authorisation and are currently used in treatments.

First, by always offering the patent and technical competence necessary for the specific case and not taking on cases outside my competence. Second, by adopting the utmost transparency and prudence when advising clients – I will never disguise, conceal or minimise circumstances that could later prove negative for them.

The golden rule is to always try for a satisfactory out-of-court solution. If this is not possible, then make an accurate cost-benefit assessment before lodging parallel infringement actions in multiple jurisdictions. In the case of small businesses or limited damages in expensive jurisdictions (eg, the United States or the United Kingdom), the legal – and expert – costs can dramatically erode any potential economic reward.

In any case, I always strongly recommend coordinating the patent strategies developed by different attorney teams in other jurisdictions to avoid any possible contradictions.

When the alleged infringement is taking place in many different states, smart forum shopping may offer the considerable strategic advantage of starting off the bundle of actions with a first favourable judgment. Due to the transfer of information between the different national teams involved in the case, a first positive outcome in one jurisdiction may influence all subsequent judgments.

With regard to the proposed global suspension of vaccine patents, what could this mean for life sciences patents concerning not only vaccines but also other important new medicaments?

The suspension of patent rights on vaccines and other medicines is not a solution for the present pandemic, nor future ones. In any case, one should first seriously analyse decisive questions, such as:

With regard to the second question, all modern vaccines are protected by a network of patents, but no producer owns all of the rights necessary to produce its vaccine. Therefore, should all patents throughout the whole network be suspended?

Finally, compulsory licences provided by the WTO Agreement on Trade-Related Aspects of Intellectual Property are unsuitable legal tools. Yet the waiver of patent rights requested by India and South Africa and provided by the Marrakesh Agreement would take too long to implement and is therefore totally incompatible with a health emergency.

Before joining Società Italiana Brevetti, Claudio Germinario spent more than 20 years at the EPO as a biotechnology examiner and member of the board of appeal competent for pharmaceuticals. He provides technical counsel in patent litigation in the pharmaceutical field, representing Big Pharma companies in infringement and nullity proceedings before Italian and foreign courts, often working on several parallel national and cross-border proceedings simultaneously. He teaches European and international regulatio