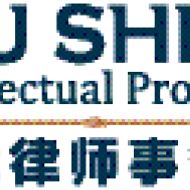 The decision relates to issues of claim construction and equivalent infringement of a claim with a functional feature.

In 2013 Tesa filed a lawsuit with the first-instance court, claiming that four of QMCT's electronic micrometers had infringed its rights in Chinese patent ZL 99110499.4. QMCT put forward an affirmative defence that the products did not fall within the scope of independent Claim 1 or the accused dependent claims.

The key issue in this case was that the essential technical features of Claim 1, Feature 6 “joints are disposed in such a way as to make the whole of the said internal volume fluid-tight”, whereas the embodiments of the specification included all five joints disposed at leaks or gaps between parts of a micrometre, respectively. However, the alleged infringing products included no parts between the screw and the sleeve.

In regard to the claim construction, the Supreme People's Court, as well as the first and second-instance courts, agreed that Feature 6 was a functional technical feature defined by function or effect, and thus the content of this functional feature should be interpreted in the specific embodiments of the function or effect described in the specification and the drawings and their equivalent embodiments, pursuant to judicial interpretations of the Supreme People's Court.

Thus, a critical issue was whether there was equivalent infringement by comparing the corresponding features of the products with Feature 6, looking at three factors: function, effect and means.

The Supreme People's Court stated that, according to the specification, the function of joint 34 was to prevent liquid from penetrating in order to make the whole internal volume fluid-tight. Since the allegedly infringing products used no part between the screw and the sleeve, even if the closely spaced gap between the screw and the sleeve actually had a sealing effect to a certain degree, the sealing effect of this gap structure had a major difference from that of joint 34 of the patent. As such, the effect was not the same or basically the same as that of joint 34. Therefore, the second-instance court was wrong on this point, even though it applied the rule of basically the same effect for general equivalent or the rule of same effect for the specific equivalent of the functional feature. Therefore, the products did not include the structure equivalent to the specific embodiments of Feature 6, and thus did not fall within the scope of the patent.

In this case, the Supreme People's Court ruled that the questioned feature of the product should be compared to the embodiment achieving the function or effect, and further the technical effect of the questioned feature must be compared to that of the functional feature, which is determined or taught by the specific statement of the embodiment, when determining the issue of doctrine of equivalents for functional features.

This decision is instructive for the application of the judicial interpretation of functional feature.