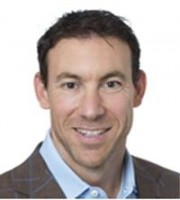 William Goldman is vice president of intellectual property at The Kudelski Group, a Swiss public company and a world leader in digital security and convergent media solutions in video, pay television and over-the-top end-to-end content delivery and content security. In this role, Mr Goldman architects the pay TV and over-the-top licensing programmes for the group’s outbound IP licensing business and leads development of the group’s strategic IP initiatives.

Prior to joining Kudelski, Mr Goldman worked at Intellectual Ventures (IV), where he helped to develop and successfully implement the operational model and strategic plan for IV’s patent divestiture activities. In this role, Mr Goldman also worked within IV’s global licensing team to develop and implement its strategic and operational direct and indirect litigation plans to accelerate sales cycles in support of its licensing goals.

Before IV, Mr Goldman was a partner in DLA Piper’s patent litigation practice, where he represented emerging growth, small, mid and large-cap technology clients in patent litigation matters covering a vast array of technology areas as lead plaintiff or defence counsel. In this role, he successfully tried cases to verdict before district courts across the country and at the International Trade Commission.

Mr Goldman holds a BS in electrical engineering from Michigan State University and a JD from Syracuse University. He is a registered US patent attorney and an active member of the California Bar.