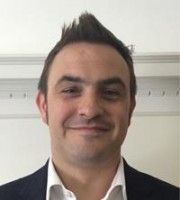 Tomos Shillingford is a dual-qualified lawyer (England and Wales, and Australia) who previously worked in private practice in London as an associate with Bird & Bird and in Melbourne as a senior associate with Herbert Smith Freehills.

Mr Shillingford has worked in the pharmaceutical industry for 10 years and has a wealth of experience in patent litigation across the globe. He advises on a range of IP and regulatory issues, as well as providing contractual and M&A support regarding IP issues. Mr Shillingford’s present role is at Insud Pharma, a privately held biopharmaceutical group based in Madrid. Insud Pharma consists of generic, branded pharmaceutical and biological divisions.

Mr Shillingford has managed many prominent patent actions, including Actavis v Warner Lambert (Pregabalin) and Actavis v Eli Lilly (Pemetrexed). He has also been involved in two victories in the European Court of Justice – Actavis v Sanofi (Irbesartan HCT) and Actavis v Boehringer Ingleheim (Telmisartan HCT) – and various others in the Supreme Courts of Spain, France, Finland and Denmark.

Mr Shillingford is also a trustee of a medical research charity, a member of the Legal Affairs Committee of Medicines for Europe and an active participant in legal matters concerning the pharmaceutical industry.