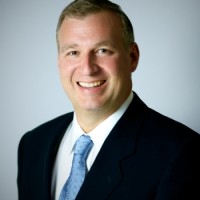 Russel Binns is CEO and general counsel for Allied Security Trust (AST), a first-of-its-kind cooperative of multibillion-dollar global high-tech companies created to minimise the risk of patent assertions and litigations by proactively acquiring patent rights. AST identifies and analyses high-tech patents being sold, uses a proprietary platform to expose those patents to its members and then combines funds of interested member companies to purchase the patents. AST then sells the patents subject to licences granted to those members and returns the proceeds to the participating members. AST also provides market research and analytics to its members. The company was founded in 2007 by four global high-tech companies as a member-driven vehicle to mitigate patent risk and to operate with no profit motive. It has approximately 40 members, including IBM, Intel, Microsoft, Philips, Google, Ford, Honda, Oracle, SAP, Cisco and Facebook. To date, members have invested more than $450 million to purchase over 3,000 assets.

Before AST, Mr Binns served as chief IP counsel for Avaya. He led all aspects of Avaya's worldwide IP legal operations, including lobbying, patent procurement and portfolio management, IP monetisation, litigation and transactional matters, trademarks and open source and the management of both internal and external legal counsel performing such functions. In 2013 he testified before the US House Subcommittee on Courts, Intellectual Property and the Internet.

Previously, Mr Binns was an IP litigator and licensing attorney with Goodwin Procter (New York and Boston) and Weingarten, Schurgin, Gagnebin & Hayes (Boston), where he performed transactional, patent prosecution and litigation work. In 1995 he worked for the Honourable Judge Rader of the Court of Appeals for the Federal Circuit in Washington DC.

Mr Binns was born and raised in New Jersey and has a bachelor’s in electrical and computer engineering from Clarkson University and a JD from UNH Franklin Pierce Law Centre. He also serves on his local board of education.

Global IP thinker Russell Binns has exceptionally strong fundamentals in patent prosecution, monetisation and litigation. He has made AST a valued and trusted brand and one which is expanding its role and offering an incredibly valuable service to its members.