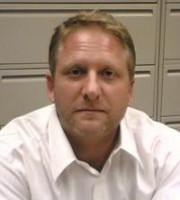 Mr Antush has been recognised as a Corporate IP Star and among the World’s Leading IP Strategists by leading IP publications.

He is actively involved in the Intellectual Property Owners Association (as a member of the Board of Directors), the Federal Circuit Bar Association, the Sedona Conference (as a member of the Steering Committee for working groups 9 and 10) and various Bar associations. He regularly advocates for Nokia’s interests in IP policy matters, such as to members of Congress regarding proposed US patent legislation and regulatory bodies around the world.