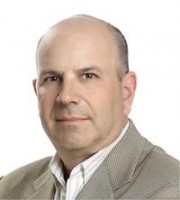 Peter Detkin is founder of Intellectual Ventures – a multi-billion dollar family of funds that invest in inventions and hold more than 40,000 patents.

IAM recently named Mr Detkin the second most influential IP market maker in the world and has described him as a “legend of the patent transaction and strategy world”.

Before joining Intellectual Ventures, Mr Detkin spent eight years at Intel Corporation as vice president and assistant general counsel. As assistant general counsel, he was responsible for managing Intel’s patent and licensing departments, including all aspects of prosecution and claims management. He also managed the litigation and competition policy departments, including antitrust.

Before joining Intel, Mr Detkin was an IP partner at Wilson, Sonsini, Goodrich and Rosati in Palo Alto, California. He was the first patent lawyer hired by the firm and formed the basis of its highly successful IP practice.

Mr Detkin is an inactive member of the State Bars of California and New York and is registered to practise before the USPTO.

Peter Detkin is a true IP innovator and “a huge asset” to his associates. “One of the most well-known and respected IP strategists in Silicon Valley, throughout his career Peter has been instrumental in dozens, if not hundreds, of deals.”