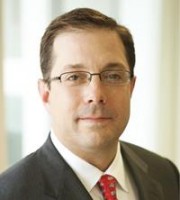 Paul J Skiermont is a trial lawyer with a national litigation and inter partes review practice. For two decades he has advised clients on IP strategy – including acquisition, licensing, and enforcement – and he has litigated dozens of high-stakes IP cases. Mr Skiermont excels in fashioning creative IP strategies in diverse technology areas in district courts, the Federal Circuit and the PTAB.

Mr Skiermont was on the brief for appellant Steven Berkheimer in the Federal Circuit’s landmark Section 101 decisions in Berkheimer v HP Inc. He was lead trial counsel for the patent owner in two recent jury trials – one in Chicago and one in East Texas – in which both verdicts included a finding of willful infringement. Mr Skiermont also represented the patent owner and exclusive licensee in a patent infringement lawsuit accusing Apple’s Siri personal assistant of infringing a natural language processing patent owned by Rensselaer Polytechnic Institute. The case was settled on the eve of trial with Apple paying $25 million for a non-exclusive licence.

Skiermont Derby LLP was recognised by IP Law360 as one of 10 national boutique practices “that have established brands on par with the biggest firms” and are “capable of competing with – and beating – the best big firms at the highest level”. Mr Skiermont is a pioneer in the use of alternative fee agreements beyond the billable hour model.

Mr Skiermont obtained his bachelor’s degree, with honours, from the University of Kentucky. While an undergraduate, he was twice awarded First Place Speaker at the Intercollegiate National Debate Tournament – one of only three people to win the award twice since the tournament began in 1947. Before law school, Mr Skiermont coached the undergraduate debate team at Harvard University. He earned his law degree from the University of Chicago with high honours, Order of the Coif. After law school, he was a judicial clerk for Judge C Arlen Beam at the US Court of Appeals for the Eighth Circuit.

Litigator Paul J Skiermont “can recall all the salient facts of all his cases at a moment’s notice and synthesise them into the bigger strategic picture”. The “innovative and ultra-efficient” lawyer is “incredibly insightful on all aspects of patent litigation and monetisation”.