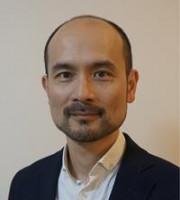 Nobuo Tanaka has been an IP expert at Yokogawa Electric Corporation since April 2019. He is responsible for all of the company’s IP-related activities, including patent prosecution, licensing and clearance and trademark and design protection.

Until March 2019, Mr Tanaka was chiefly responsible for utilising patent assets, managing teams responsible for multiple patent licensing and joint licensing programmes (eg, patent pools) and supporting business development and collaboration at Sony Corporation from an IP perspective. He worked closely with colleagues in the United States and other countries affiliated with the Sony group, as well as third parties. He was also a sponsors committee member for a joint licence programme with a third party and a member of the Japan Electronics and Information Technology Industries Association’s data utilisation taskforce.

Mr Tanaka joined Sony Corporation’s IP division in 2009, working on patent prosecution, litigation and licensing until 2012. From 2012 to 2016, he served as a senior manager at Sony Corporation of America. In this role, his responsibilities included patent transactions, litigation, patent prosecution (including post-grant procedure) and consulting for a joint licensing programme with third parties.

From 1999 to 2003, Mr Tanaka worked for NEC as an engineer in the telecoms field. From 2003 to 2008 he was a member of the NEC Intellectual Asset Licensing Department, where his responsibilities included patent licensing and prosecution. In this role he was part of a one-year training programme in Washington DC, where he worked on US patent prosecutions and passed the US Patent Bar examination, thereby qualifying as a US patent agent.

Mr Tanaka is a Japanese patent attorney. He has a BS and an MS from Kyoto University.