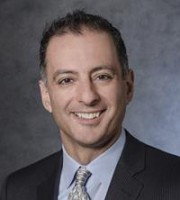 Nader A Mousavi is a partner and co-head of the IP and technology group at Sullivan & Cromwell LLP.

Mr Mousavi is widely recognised as one of the top technology deal lawyers in the world. He is a leading expert in IP transactions and strategy. For more than 20 years, Mr Mousavi has focused his practice on technology-intensive mergers, acquisitions, divestitures, joint ventures and collaborations, as well as the licensing of patents, trademarks, trade secrets, content, pharmaceuticals, data, software and other technology. He has led deals across a wide range of industries, including technology, media, Internet, telecoms, life sciences, agtech, fintech, blockchain, consumer and sports. Many of these have been cross-border transactions. Mr Mousavi also advises on the transaction review process administered by the Committee on Foreign Investment in the United States.

A distinguished thought leader in the field, Mr Mousavi is a law lecturer at Stanford Law School (2015-2019), where he teaches a course on patent and technology licensing. Mr Mousavi is a member of the advisory board for Stanford Law School’s law, science and technology programme and is the law school’s national reunion chair. He is also a member of the board of directors of the Public Affairs Alliance of Iranian Americans.

Before joining Sullivan & Cromwell, Mr Mousavi was a partner at another leading law firm and general counsel of a telecoms software company. He received his bachelor’s from the University of California, Los Angeles and his law degree from Stanford Law School.

Nader A Mousavi is a “consistently brilliant transactional attorney with great instincts on strategy”. “His superb drafting and negotiation skills, combined with his client-focused and creative mind, make him a most sophisticated IP deal architect.” “He thinks more like an in-house lawyer.”