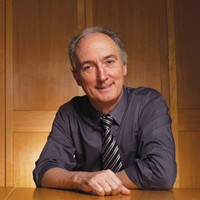 He is also a former UK member of Parliament (MP) (2010 until 2015) and the first and only IP rights adviser to the prime minister. He has authored four internationally acclaimed reports which have transformed the UK approach to intellectual property: Search Engines and Piracy; Follow the Money; Copyright, Education and Awareness; and Safe Harbour Provisions.

Mr Weatherley secured extended funding for the Police IP Crime Unit (PIPCU) and was an executive for the All-Party Parliamentary Group on Intellectual Property. He popularised the understanding of intellectual property with various innovative parliamentary competitions, utilised the power of the electorate to help all MPs understand the value of intellectual property. Mr Weatherley’s multifaceted approach to championing intellectual property has paved the way for clear, achievable policies for industry and the government to pursue. In 2015, for the first time, all political parties included manifesto commitments on intellectual property and the United Kingdom is now number one in the world for IP protection. He continues to work with UK legislators and speaks regularly at conferences around the world on how the UK example can be replicated.

According to Carina Bailey, in the Trading Standards Review, “Mike Weatherley … has risen to become the man who has shaped the course of history for IP rights in the UK – and beyond”. Former commander Stephen Head, City of London PIPCU, has said that “Mike has been an inspirational leader and … instrumental in the establishment of a credible UK deterrent that is now recognised as international best-practice and is being replicated by many other countries”. John Medeiros, chief policy officer of Cable and Satellite Broadcasting Association of Asia (Hong Kong), told Mr Weatherley, “Your insight was key. Your reports proved to be ‘hot sellers’ and we quickly ran out of the several hundred we had printed”.