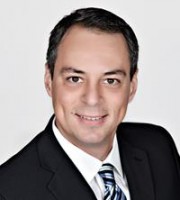 Michael Vladescu is responsible for all operations at Wi-LAN Inc, including the development and implementation of its strategic and operating plans.

Mr Vladescu brings more than 20 years of management experience in all aspects of patent licensing, partnerships, acquisitions and portfolio development, as well as patent litigation and prosecution.

Mr Vladescu has concluded numerous licensing, acquisition and partnership agreements during his career and generated hundreds of millions of dollars for portfolios ranging from a handful to thousands of patents. He has concluded major transactions with companies including Samsung, Panasonic, TSMC, GLOBALFOUNDRIES, Infineon, IBM, Sony, Texas Instruments, Analog Devices, SK hynix, LG, Nanya, Powerchip and Toshiba. He has also been heavily involved in leading and resolving major litigation campaigns in the United States and abroad.

Before joining Wi-LAN, Mr Vladescu was vice president of licensing and intellectual property at MOSAID Technologies, where he led the effort to license the company’s patent portfolio to many of the world’s best-known electronics companies and drove success in their patent licensing programmes. He also previously held the role of patent portfolio account manager with TechInsights – a leader in technical and patent analyses of integrated circuits and electronic systems.

Mr Vladescu has been a panellist at events for the IPBC, the Licensing Executives Society and the Institute of Electrical and Electronics Engineers, where he provided his perspective on professional and effective licensing practices.

Mr Vladescu has a bachelor’s of applied science in electrical engineering from the University of Waterloo and an executive MBA from Queen’s University.

Michael Vladescu is a connoisseur of IP monetisation through all channels and in all forms. A licensing authority, he has negotiated with many of the world’s top technology companies and has never come away less than fully satisfied with the revenue generation result.