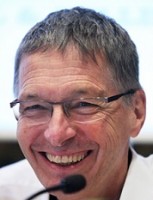 Matthias Schneider is chief licensing officer (patents) at Audi AG. He has been active in IP management and licensing for many years. In his current role, he coordinates patent licensing activities at Audi and is responsible for defining licensing strategies for his company, with a strong focus on IP policy topics and licensing of standard essential patents.

Dr Schneider is a member of the Expert Group on Standard Essential Patent Licensing, set up by the European Commission in 2018. In this role, he advises the commission on IP policy topics related to the interplay of IP and technology standardisation. He was vice president for IP rights at Siemens Communication Devices and BenQ Mobile and played an important role in the development of the Siemens 2G and 3G patent licensing programme. He later took over the role of global head of defensive licensing at Nokia Corp.

Dr Schneider has been the lead negotiator of numerous high-value licensing deals (offensive and defensive) for various companies, as well as an adviser of major telecoms manufacturing companies and patent licensing entities. He is a computer scientist and is active in standardisation at ETSI where he is the chair of ETSI’s Technical Committee on Human Factors. He is also the inventor of more than 20 granted patents related to user interface and communication technology. Dr Schneider teaches courses on user interface design and human factors at the Technical University of Munich.

Dr Schneider is a member of the Association for Computing Machinery, the Licensing Executives Society and an alumnus of the Studienstiftung des Deutschen Volkes.