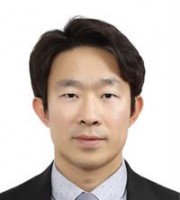 Kyunghwa Min is vice president of LG Chem and leads the company’s IP centre. His professional career began in 1998 when he joined the Korean Intellectual Property Office as a patent examiner. After approximately one-and-a-half-years there, he passed the Korean Bar exam and entered the legal profession as a district court judge in 2005. After handling many IP-related cases in several courts, including the Supreme Court of Korea, Mr Min joined LG Corporation in 2013. He served as vice president of its legal department for two years before moving to LG Chem, one of LG Corporation’s major subsidiaries, as head of the IP centre in 2015.

In this role, Mr Min is responsible for managing LG Chem’s ever-growing patent portfolio and dealing with IP legal matters arising from a variety of the company’s business areas. Having more than 18 years’ hands-on experience in the IP and legal fields, he has in-depth expertise in establishing and implementing corporate IP strategies and has been involved in many successful patent negotiations and litigations in Korea and abroad for LG Chem. Recently, he has expanded the scope of the IP centre to include the valuation of intangible assets in an effort to address increasing IP issues in M&A transactions and facilitate open innovation activities.

Mr Min is admitted to the Seoul Bar Association and the State Bar of California. He has a BS in nuclear engineering from the Seoul National University.