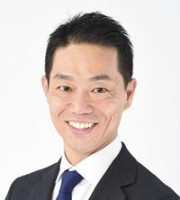 Koichi Kishida joined IP Bridge, Inc in 2018. As director of licencing, he is responsible for maximising the value of IP assets through licensing as part of IP Bridge’s mission to further innovation and the expansion of industries. His role includes conducting detailed technical analysis of IP Bridge’s patents and negotiating complex deals to realise the value of those patents. He also manages enforcement activities, including litigation and invalidity proceedings worldwide. Recently, he was one of the key members of IP Bridge to conclude a major deal with RPX Corporation.

From 2015 to 2017, Mr Kishida was an editorial member on an international committee of the Japan Intellectual Property Association (JIPA), where he co-authored the fifth edition of JIPA’s textbook on handling US litigation.

Koichi Kishida’s in-depth experience in all aspects of patent prosecution, litigation and transactions grants him an exceptional level of insight into the makeup of a quality patent. He uses this advantageously in licensing negotiations, which he handles with the deftest touch.