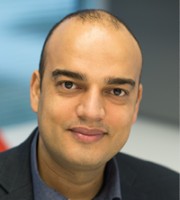 Khaled Fekih-Romdhane is the founder, president and CEO of Longhorn IP, which became a major player in the IP industry in under four years. Throughout his career, Mr Fekih-Romdhane has played a key role in negotiating more than $1 billion of licensing revenue.

Since he founded Longhorn IP in 2016, Mr Fekih-Romdhane has actively managed all aspects of the business, from acquisitions, licensing and litigation to the completion of numerous IP transactions with industry-leading technology companies such as Samsung, Lenovo, TSMC, AMD and Sharp, to name a few. Most recently, Longhorn IP entered into a ground-breaking collaboration agreement with a world-leading foundry.  Longhorn IP’s phenomenal success during turbulent times in the IP industry, including altering the landscape of IP law in the United States, is a testament to its well-grounded licensing principles. Under Mr Fekih-Romdhane’s leadership, Longhorn IP continues to grow its portfolio of patents with a focus on a multitude of cutting-edge technologies.

As a result of passion, strategic vision and technical dexterity, Khaled Fekih-Romdhane has emerged as a leading licensing mind. With a lean and efficient approach, he unlocks the value of assets that would otherwise remain underused.