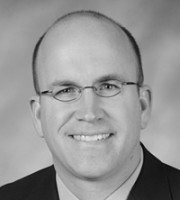 Kevin Zilka has more than 20 years’ experience in the IP field. He is co-founder and principal of Zilka-Kotab, PC and founder and principal of Oso-IP, LLC. Since co-founding Zilka-Kotab over a decade ago, he has built a team of more than a dozen top-notch patent practitioners, managed thousands of patent assets for Silicon Valley Fortune 500 and start-up clients, represented clients in rigorous licensing negotiations and propelled the firm into the top 100 patent firms in the United States. Mr Zilka has advised on hundreds of patent enforcement, acquisition, licensing and other monetisation transactions. He has also leveraged his access to capital, his firm’s resources and his technical and legal skill set to successfully monetise patents in a variety of contexts:

While Mr Zilka specialises in every stage of the patent procurement, licensing and enforcement process, his key differentiator is his expertise in early-stage IP opportunities that fuse his talents of early recognition of winning technology, strategic procurement of enforcement-ready patents and development and execution of licensing-centric business strategies from the ground up.

Kevin Zilka has deep IP roots, impeccable integrity and immense skill. An exceptional strategist from invention inception through to prosecution and monetisation, and an outstanding leader, he is in the very top percentile of private practitioners in performance terms.