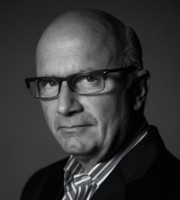 Keith Bergelt is CEO of Open Invention Network (OIN), the largest patent non-aggression community in history, created to support freedom of action in Linux as a key element of open source software. Funded by Google, IBM, NEC, Philips, Sony, SUSE and Toyota, OIN has more than 3,200 community members and owns more than 1,300 global patents and applications. As CEO, Mr Bergelt is directly responsible for enabling, influencing and defending the integrity of the Linux ecosystem. Central to the achievement of his goals is the acquisition and transfer of patent rights designed to permit members of the Linux ecosystem to operate free of the threat of assertion and litigation from those whose business models are antithetical to innovation and global economic growth in information technology and computing.

Previously, Mr Bergelt was a senior adviser to the technology investment division at Texas Pacific Group. He also headed business development, intellectual property and licensing for the Kelso & Company portfolio company Cambridge Display Technology in the United Kingdom. Additionally, he established and served as general manager of the strategic intellectual asset management business unit at Motorola Corporation and served as Motorola’s director of technology strategy.

Mr Bergelt holds an artium baccalaureus from Duke University, a JD from Southern Methodist University School of Law and an MBA from Theseus Institute in France. He is a frequent speaker on corporate strategy, finance and IP management.

Keith Bergelt is a big-picture IP thinker and strategist with a rare ability to pinpoint the value, and release the full commercial potential, of IP assets. It is hard to overstate the value of his work in terms of supporting the global innovation system.