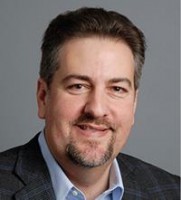 President at Via Licensing Corporation

Joseph Siino is one of the world’s most accomplished IP business leaders. Mr Siino has successfully negotiated multibillion-dollar deals and pioneered new models of innovation finance with some of the world’s biggest tech companies, including Alibaba, Lenovo and Xiaomi of China and Nokia of Finland.

As president of Via Licensing Corporation, a subsidiary of US audio pioneer Dolby Laboratories, Mr Siino has transformed Via into the centre of gravity for global licensing in technologies such as wireless and audio. Mr Siino has also won praise from Chinese enterprises such as Xiaomi and Lenovo for crafting uniquely flexible deals that take account of the special conditions in emerging markets.

Before taking the helm at Via, Mr Siino founded the Ovidian Group, which served high-end clients including Apple, Microsoft and Alibaba. In 2011 Mr Siino sold the Ovidian Group to Craig McCaw’s ICO Global Corporation, transforming the company into a publicly traded IP investment and advisory firm. He then led several successful acquisitions for the combined company, including the acquisition and subsequent spin-out of Nokia technology assets into Finland-based Helsinki Memory Technologies.

Before founding Ovidian, Mr Siino served as the first senior vice president of intellectual property at Yahoo, where he negotiated the renowned 2005 $1 billion technology and IP licence deal with Chinese e-commerce giant Alibaba.

Earlier in his career, Mr Siino led the IP strategy and transactions practice for global law firm Brobeck, Phleger & Harrison and was listed as one of the world’s leading lawyers by Chamber’s Global. Recently selected as one of the world’s top 40 market makers by IAM, he was also credited by The Wall Street Journal with “turning the [2001] market downturn into an opportunity” by capitalising on the untapped value of IP rights owned by failing dot-com businesses.

Mr Siino is an alumnus of the London Business School and the University of California, Berkeley, where he earned a bachelor’s in physics and a JD in law.

Global experience, an innovative mindset, a glittering deal record and strategic street smarts are just some of the things that make Joseph Siino such a superlative IP professional. His negotiation skills and leadership abilities inspire huge confidence when it’s time to deal.