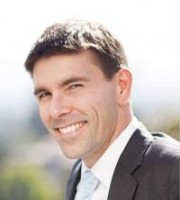 In his role directing patent licensing strategy, Mr Blake is responsible for all legal, technical and valuation analyses underlying the company’s largest licensing deals, and he plays a key leadership role in the team responsible for the company’s licensing revenues. He has positioned the company to successfully conclude a number of major licensing deals, including key renewal agreements with leading companies. In the pay-TV space alone, these agreements have brought millions of subscribers under TiVo’s licence. Mr Blake regularly negotiates key aspects of these deals and has advanced TiVo’s licensing business even in the wake of Alice and other changes in the US patent landscape. A recognised expert, he has been invited to speak in the United States and internationally about important developments in US patent law.

Beyond advancing TiVo’s major deals, Mr Blake has spearheaded the expansion of TiVo’s licensing business into new markets and geographies. A long-term resident of Asia before returning to the United States to pursue his legal career, Mr Blake brings a wealth of foreign experience to the company’s increasingly international licensing business.

Before joining TiVo, Mr Blake was a senior patent litigator at Morrison & Foerster, working on numerous patent litigations and International Trade Commission investigations. He was on the Morrison & Foerster team that won a $1 billion patent infringement judgment for Apple against Samsung in the ‘trial of the century’ – one of the largest patent judgments in US history. Before law school, Mr Blake worked as a software engineer. He received his BA from Wesleyan University and his JD, cum laude, from Cornell Law School. Mr Blake is active in several US-Japan organisations and is a Scott M Johnson Fellow of the US-Japan Leadership Programme.