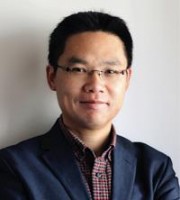 Jerry Xia is a partner at AnJie Law Firm and former deputy general counsel and chief IP counsel at Honeywell for Asia-Pacific. He has been based in Shanghai since 2007.

Mr Xia has more than 17 years’ IP experience in China and Asia, both as in-house counsel and as private practitioner, encompassing all aspects of IP law practice. Before joining AnJie Law Firm in 2019, he led Honeywell’s IP function in Asia-Pacific for 11 years, where he handled numerous award-winning IP lawsuits, including a landmark victory before the Chinese Supreme Court against a pirate. Prior to Honeywell, Mr Xia worked in the Hong Kong and Shanghai offices of the international law firm Baker & McKenzie, practising Chinese IP law. Prior to this, he was a legal manager for Datang Mobile, a leading Chinese telecoms equipment supplier based in Beijing and also worked for the Sino-Europe Technology Transfer Centre in the Netherlands.

Mr Xia is widely recognised in the IP community. He was listed by the Chinese Ministry of Industry and Information Technology as an IP Expert in the industry and IT field. For years he has been recognised by the IAM Strategy 300, the WTR 300, Managing Intellectual Property (Corporate IP Stars) and the Legal 500 (Corporate Counsel 100 in Asia-Pacific and GC Powerlist – China). He has also been named Global In-house Counsel of the Year by WTR magazine, In-house Counsel of Distinction by Asia Lawyers and the Asia-Pacific IP Individual of the Year by the International Law Office and the Association of Corporate Counsel. His team has also won IP Department of the Year several times.