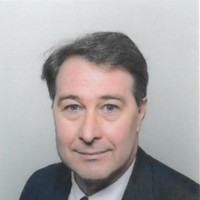 Jean-Marc Brunel is an experienced chief IP officer who holds several IP qualifications and is known for having transformed and enhanced the IP strategy and function of the companies that have benefited from his wide and operational experience. He is also appreciated as a vivid and straight-to-the-point speaker at international IP conferences.

He holds degrees in the three main branches that matter for intellectual property: engineering (INSA Lyon); innovation and management (Toulouse Business School); and legal (CEIPI), supplemented by an advanced degree in patent litigation (CEIPI). He is also qualified as French and European patent attorney and is a certified European Knowledge Transfer Society expert.

Mr Brunel has been chief intellectual property officer at Safran since 2017. He previously led the Safran Aircraft Engine IP Organisation and the Safran Group IP Centre of Excellence for eight years.

Safran is an international high-technology group, operating in the aircraft propulsion and equipment, space and defence markets. Safran has a global presence, with more than 95,000 employees and sales of €24.6 billion in 2019. Working alone or in partnership, Safran holds world or European leadership positions in its core markets. Safran undertakes R&D programmes to meet fast-changing market requirements, with total R&D expenditures of around €1.7 billion in 2019. Safran considers its IP organisation a key strategic instrument and filed 1,200 patent applications in 2019. The 42,000 patents and pending patents in its portfolio demonstrate Safran’s high level of investment in research and development, the innovative mindset of its employees and its willingness to use IP instruments to their fullest potential.

Before joining Safran, Mr Brunel spent 20 years at Airbus dealing with intellectual property, including patent intelligence, litigations, strategy, patent operations, licensing, risk management, R&D cooperations and venture. His contribution and impact are widely recognised in the IP world, as illustrated by his board membership of several IP committees and associations and his permanent ranking in IAM Strategy 300’s World’s Leading IP Strategists.