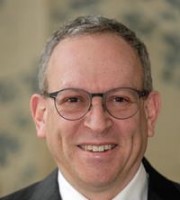 Ira Blumberg retired from Lenovo in Spring 2019 and is available for consulting on IP matters.

Mr Blumberg joined Lenovo as vice president of intellectual property in 2012, where he managed Lenovo’s worldwide IP group. The IP group is responsible for prosecuting, managing, licensing, creating strategies for and setting policy and processes for all intellectual property, including patents, copyrights and trade secrets. In addition, the IP group provides advice and counselling on all IP matters throughout Lenovo.

Before joining Lenovo, starting in 2010, Mr Blumberg was a licensing executive at Intellectual Ventures (IV), focused primarily on Japan. Before IV, he was vice president of licensing at Rambus Inc. Mr Blumberg joined Rambus in 2004. During his tenure at Rambus, he negotiated, drafted and closed patent licensing deals for Rambus valued in excess of $1.5 billion. Before Rambus, Mr Blumberg was director of licensing at Intel. He joined Intel in 1997. While at Intel, Mr Blumberg negotiated, drafted and closed numerous patent licence agreements, including the agreement between Intel and LG Electronics that became the basis of the US Supreme Court case Quanta Computer Inc v LG Electronics Inc.

Before going in-house, Mr Blumberg worked at the law firms of Hughes Hubbard and Reed and Wilson, Sonsini, Goodrich, & Rosati. Before his legal career, he was employed for seven years as a computer programmer and technical manager at a number of high-tech companies, including Bell Telephone Laboratories where he was a member of technical staff.