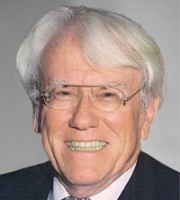 Heinz Goddar is a partner in the Munich office of BOEHMERT & BOEHMERT. He has a technical background and a PhD in physics, with a focus on polymer physics. He is a European and German patent and trademark attorney, and his main office is in Munich.

He also teaches patent law at the Tsinghua University School of Law in Beijing.

Professor Goddar is an adjunct professor and honourable consultant in international legal services at the National Yunlin University of Science and Technology in Yunlin, Taiwan. He is also a director of the Global Institute of Intellectual Property in Delhi. He is a former president of the Licensing Executives Society International (LESI) and of the Licensing Executives Society Germany, and received a LESI gold medal in 2004. In June 2014 he was inducted into the IAM IP Hall of Fame. Further, he is an ad personam member of the European Patent Office’s Standing Advisory Committee.

Global patent practice luminary Heinz Goddar is as expert about licensing as anyone. The IP Hall of Fame member is generous with his knowledge and shares it with students of IP law, clients and other contacts in Europe, the United States and Asia.