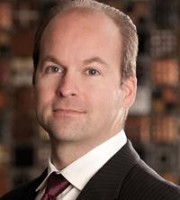 As noted by IAM in its 2018 rankings, “Greg H Gardella has taken the lead on many of the higher-profile inter partes reviews. A former Irell, Fish and Oblon lawyer, he has real pedigree and an incredible depth of knowledge. The wonderfully savvy lawyer recently broke away from Oblon to form Gardella Grace”.

Mr Gardella has been honoured as one of the best lawyers in the United States for multiple consecutive years and has likewise received various awards and recognition from Managing Intellectual Property, Super Lawyers and Who’s Who Legal. He has also repeatedly been named as one of the nation’s top post-grant practitioners by IAM, which previously reported that “the phenomenal Greg H Gardella is extremely experienced in the post-grant space and a dynamic all-round patent consultant” and noted that his “former big-ticket patent litigation experience has served him well in contested re-examination proceedings, of which he is regarded a master”.

Mr Gardella successfully defended the famous TiVo DVR patent which thereafter generated over $1 billion in licensing revenue. Before the PTAB, Mr Gardella also successfully defended four patents covering aseptic packaging technologies, which are used to process approximately two billion bottles per year. On the challenger side, he prevailed for St Jude Medical in nine post-grant proceedings targeting numerous Medtronic patents, which purportedly covered the billion-dollar denervation industry. In these cases, every challenged claim was finally adjudicated to be invalid on multiple grounds.

Greg H Gardella is “a great counsellor and patent attorney” whose procurement, litigation and post-grant work is “amazing”. “He is able to synthesise legal solutions for his clients from all angles – anyone who knows Greg knows he is wicked smart.”