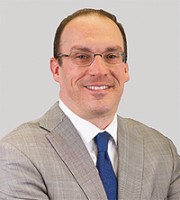 Frank Angileri is the president of Brooks Kushman and focuses his practice on IP litigation and post-grant proceedings. He is well-known by clients and colleagues for his strategies to solve clients’ most challenging IP issues.

With nearly 30 years’ experience representing small, medium-sized and large corporations on a variety of contested IP matters, Mr Angileri has successfully tried patent, trademark, trade secret and copyright cases in Federal Courts nationwide, the Courts of Appeals for the Sixth and Federal Circuits and the International Trade Commission. His litigation experience spans various technologies and industries including automotive, consumer electronics, industrial technologies, food and beverage and home appliances. More recently, he served as trial counsel for Ford Motor Company in a patent lawsuit involving 13 design patents. Concluding the trial, he obtained an award of almost $3 million in profits and attorneys’ fees as well as the entry of a permanent injunction.

Prior to becoming president of Brooks Kushman, Mr Angileri was the co-chair of the firm’s post-grant proceedings practice. He has been instrumental in bolstering the firm’s national reputation while successfully representing clients in more than 70 IP rights proceedings. He was lead counsel in representing an automotive original equipment manufacturer during the pendency of the 22 IP rights proceedings, where he managed proceedings through to the final written decision where the PTAB held that 273 patent claims were unpatentable.

Under his leadership, the firm has continued to grow and invest in innovative resources to maximise the value of client’s IP assets. Through his stewardship, the firm has remained at the forefront of industry changes, which has allowed Brooks Kushman to become an innovator in this space and to continue to provide our clients with the highest level of service in a more efficient and streamlined manner.

Frank Angileri acquits himself with distinction as a patent and IP litigator and excels in courtrooms and post-grant proceedings. Through representing diverse clients in multiple sectors, he has cultivated rich strategic expertise that also makes him a sought-after counsellor.