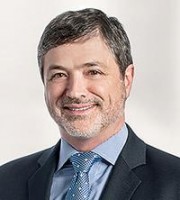 François Painchaud specialises in business law applied to key technology sectors. He is frequently involved in the negotiation and drafting of complex transactions relating to technology transfers, licensing and joint ventures, and in commercial and corporate law, including venture capital, the establishment of consortiums and mergers and acquisitions.

He has previously held the position of president of the Licensing Executives Society (LES) International from 2018 to 2019, and the position of director until May 2020. He has also acted as counsel, corporate secretary and a member of the same board since 2011. He is a past president of LES United States and Canada, and was a member of the board of directors from 2001 to 2010. He is also a director of the board of the Cancer Research Society, a Canadian-based non-profit corporation.

Mr Painchaud serves on the board of directors or as corporate secretary of various private and public organisations operating in life sciences and other technology-related fields. Since April 2018 he has been a member of the board of directors of Searchlight Pharma Inc, a Canada-based specialty pharmaceutical company. He is the corporate secretary of the Quebec Consortium for Drug Discovery. He was director and secretary of Axcan Pharma Inc until March 2008, when it became a closed corporation in what was the biggest life sciences buy-out on the Canadian stock market at the time.

Mr Painchaud is frequently asked to lecture on various areas of technology transfer and intellectual property in commercial transactions for several business groups and associations.

One of Canada’s best technology and life sciences-focused business lawyers, François Painchaud calls upon vast experience drafting, negotiating and cementing high-value transactions of all kinds. Beyond deal work, he is a percipient patent and brand strategist.