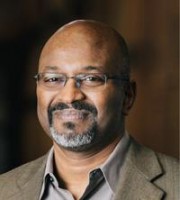 Duane Valz is vice president and general counsel of Zymergen Inc, a venture-backed growth company operating at the intersection of bioscience, automation, data analytics and machine learning. Before Zymergen, Mr Valz was senior patent counsel for strategic IP initiatives at Google. He led a team managing a variety of projects directed towards present and future risk mitigation, spanning targeted patent development, licensing, acquisitions, standards and open source patent strategy. Among other projects, Mr Valz architected and published Google’s Open Patent Non-assertion Pledge and contributed to the development of Google’s PAX licence framework for Android. He also served on the board of directors for the Open Invention Network on Google’s behalf.

Mr Valz has counselled a wide range of emerging growth, private and publicly held companies on IP and technology matters in various capacities. Before joining Google in 2011, he practised at Chadbourne & Parke LLP, where he was twice recognised in the IAM Strategy 300. His past experience includes serving as head of patent development at Yahoo! and director of intellectual property at Quantum Corporation. He received his JD from the University of California at Berkeley, School of Law, where he served as submissions editor of the Berkeley Technology Law Journal. He obtained his BA (with honours and distinction) in general scholarship from the University of California at Berkeley.