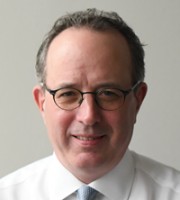 David Berten is a founder and partner of Global IP Law Group LLC. He works on all aspects of monetising clients’ patent portfolios and directs the firm’s litigation efforts. Mr Berten has been the principal IP adviser on several of the largest patent transactions in history, with a total transaction value of more than $7.5 billion:

Mr Berten has received numerous peer-reviewed awards. He has been named one of the world’s top IP strategists multiple times by IAM and was selected as one of the 500 leading lawyers in the United States (and one of 15 in intellectual property) by Lawdragon in 2012. He has been named an Illinois Super Lawyer (top 5%) for 11 consecutive years.

Decorated deal maker David Berten has played frontline roles on numerous patent market-defining transactions. He is hailed for his intellectual acuity and penetrating insight regarding IP commercialisation as well as litigation.