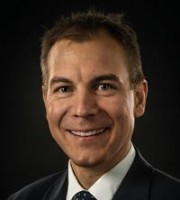 Daniel Papst is managing director and co-owner of Papst Licensing GmbH & Co KG, an international licensing and patent monetisation firm located in Germany. Mr Papst contributes to the experience and successful track record of Papst Licensing, which has concluded over 175 licences. In addition to managing actions against patent infringers and negotiating licences, he analyses products, technologies and markets and oversees an international network of attorneys, patent lawyers, technical consultants and market analysts. Mr Papst supervises the drafting of patents and licence agreements, the monitoring of licence contracts and the handling of notification and debt collection activities in the event of underpayment of royalties.

The Papst name has been closely associated with the protection and licensing of intellectual property for more than 80 years. The engineer Hermann Papst (1902-1981), Mr Papst’s grandfather, was a prolific inventor associated with more than 400 patents. The electric motor and cooling fan company that he started, Papst-Motoren, created a portfolio of more than 600 patents and patent applications by 1992. Papst Licensing was established in 1992 by Georg Papst, Mr Papst’s deceased father. In 1993 the patent licensing firm acquired the entire patent portfolio of Papst-Motoren and actively sought to turn infringement of the company’s patents in Asia, the United States and Europe into patent licences. Today, Papst Licensing makes it possible for small and medium-sized businesses to participate in international licensing activities.

Mr Papst, a licensed patent attorney, earned a Dipl Ing in electrical engineering and information technology from the University of Karlsruhe, with a focus on electric drives and power electronics. After graduation, he gained experience as an intern at Chicago IP law firm Welsh & Katz. Mr Papst also served at IP law firm Reinhard Skuhra Weise in Munich, working for more than three years primarily on patent matters in the semiconductor, electronics and automotive fields. He joined Papst Licensing operatively in 2005 and became one of its managing directors in 2009.

Daniel Papst is “one of a kind in terms of understanding the complexities of patent litigation, licensing and IP value”. “His keen intellect is supercharged by his deep discipline, high integrity and collaborative style.” “He is a special talent.”