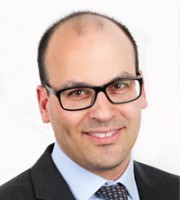 Dani Kramer acts for large corporations, small and medium-sized enterprises and start-ups, drafting and prosecuting patent applications, advising on technology-based agreements and handling contentious infringement and validity matters. The advice he provides is pragmatic and commercially relevant to his clients’ businesses, and his many longstanding clients value his strategic, down-to-earth approach.

His practice focuses on the fields of internet television, software, microprocessors, semiconductor devices and networking communication technologies. In addition, Mr Kramer works on cases relating to mechanical and structural engineering, fuel cells and other environmental technologies, as well as business process inventions.

He has secured a number of fundamental patents in the internet television space and handles a portfolio of standard-essential HEVC MPEG patents. Mr Kramer heads up Mathys & Squire’s specialist Israel practice after spending many years working closely with Israeli high-tech clients and attorney firms.

Mr Kramer has an honours degree and a master’s degree in electrical engineering from the University of the Witwatersrand in Johannesburg. His broad-spectrum undergraduate degree covered a diverse range of subjects, from software, IT and signal processing to power systems, electrical machines and control systems. During his postgraduate degree, Mr Kramer developed AI and machine learning software for the analysis of medical images. He is a chartered patent attorney and a European patent attorney, and holds a certificate in intellectual property from the University of London. He is also a European design attorney, filing and prosecuting hundreds of designs in the United Kingdom, via EUIPO and globally.

Dani Kramer is a discerning choice of partner when dealing with complicated and sensitive patent matters, particularly at the European Patent Office. Highly intelligent, vastly knowledgeable and committed to excellence in client service, he engenders unshakeable trust.