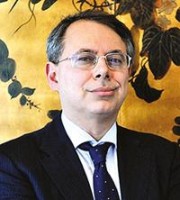 Cesare Galli is the founder of law firm IP Law Galli and has been a full professor of IP law at the University of Parma since 1998. According to the best international guides, Professor Galli is one of the leading Italian specialists in the protection of intellectual property.

He is the author of several hundred publications on all aspects of intellectual property and edited the largest commentary (4,000 pages) on all relevant national and European rules on the matter (Galli-Gambino, Commentary on the Italian Intellectual Property Rights Code, Turin, UTET-WoltersKluwer, 2011). Each year, he promotes and coordinates what is considered the most important Italian conference on IP matters.

Since 2004, Professor Galli has been regularly appointed by the Italian government to assist in the preparation of reforms to IP law, including the implementation of EU Directive 2004/48/EC in Italy and the 2010 reform of the Italian IP Code. He took part in the process that led Italy to join the Unified Patent Court and was involved in the drafting of its Rules of Procedure. He was also one of the experts at the Italian Trademark and Patent Office who advised on the implementation of the EU Trademark Directive (2015/2436/EC) in Italy.

One of the most authoritative voices in Italian intellectual property, Cesare Galli is a sophisticated litigator who brings gravitas to the courtroom and has greatly influenced the country’s legal landscape. He is in hot demand among high-tech and life sciences companies.