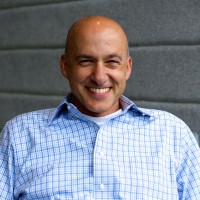 Mr Alten focuses on developing and driving all aspects of HPE’s IP strategy, including patent, trademark and copyright portfolio development and the company’s IP monetisation and transactional practices, as well as IP operations.

Before joining the HPE legal department in 2017, Mr Alten served in numerous leadership roles in technology legal departments. He joined HPE from Tesla – which acquired SolarCity, the largest solar provider in the United States – where he served as deputy general counsel and head of intellectual property. He also served as the head of intellectual property for Dropbox and as director of patent development and IP enforcement at Apple. He has held positions with the law firms Morrison & Foerster LLP, Finnegan, Henderson, Farabow, Garrett & Dunner LLP and Fish & Neave.

He was also a Peace Corps volunteer in Ghana, where he taught physics and started a vocational school. Since then, Mr Alten has volunteered in numerous other countries, including Peru, Kenya, Guatemala, Costa Rica and most recently South Africa.