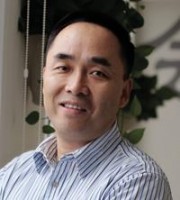 Benjamin Bai is a leading IP practitioner who previously specialised in global patent litigation spanning from the United States to Asia. He now spearheads Ant Financial, a Chinese fintech company, in the formulation and implementation of its global IP strategy.

Before joining Ant Financial, Dr Bai spent 19 years in the world’s leading law firms in the United States and China. Over the past decade, he has focused on high-stake technology litigation and IP licensing in China, with a particular emphasis on patent and trade secret litigation. From 2014 to 2015, Dr Bai led a team of lawyers and obtained four landmark preliminary injunctions in patent cases in China. These trail-blazing cases were recognised as exemplary cases by the Chinese courts. Dr Bai is also a leading expert on trade secret protection in China.

Dr Bai has won numerous accolades. He was honoured by China Law and Practice as the China IP Lawyer of the Year 2015. He was also selected by Who’s Who Legal: patents 2015 as one of the world’s leading patent lawyers. Managing Intellectual Property named him as an IP Star for patent licensing, protection and litigation and trade secrets in 2014, 2015 and 2016. Chambers Asia and the Legal 500 recognised him as a leading Chinese IP practitioner from 2008 to 2016.