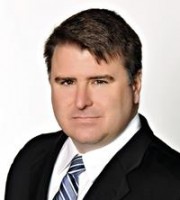 Andrew Parolin, senior vice president and business unit leader at Wi-LAN Inc, is responsible for the licensing of Wi-LAN’s portfolio of wireless, wireline, digital television and other technologies. His previous roles with Wi-LAN were vice president, wireless technologies, which he assumed in November 2007; vice president, business development, which he assumed in May 2007; and senior vice president, licensing, which he assumed in May 2011. During his tenure, Mr Parolin’s business unit has negotiated and signed licence agreements collectively worth hundreds of millions of dollars with more than 100 companies, including global technology leaders Alcatel-Lucent, BlackBerry, Broadcom, Dell, HTC, Hewlett-Packard, Intel, LG, Mediatek, Motorola, Nokia Networks, Panasonic, Sharp, Sony, Samsung and Toshiba. In addition, Mr Parolin’s team has helped to drive the diversification and growth of Wi-LAN’s business through the signing of patent acquisition/licensing partnership agreements with many corporations, including Airspan, Conexant Systems, Hewlett-Packard, Nokia Solutions, Proxim and SENSIO Technologies.

Before joining Wi-LAN, Mr Parolin worked at SiGe Semiconductor, a fabless semiconductor company specialising in next-generation integrated circuit designs, where he served as director of wireless data products. Mr Parolin has an MBA from the University of Ottawa, an MASc from Queen’s University and a BEng from the Technical University of Nova Scotia.

When it comes to realising significant returns from intellectual assets, Andrew Parolin has few compares. A licensing virtuoso and wireless technologies connoisseur, he has negotiated lucrative deals with a laundry list of the tech world’s top innovators.