Identifying the world's most innovative companies and why they stand apart

Earlier this month, the Clarivate Analytics 2017 Top 100 Global Innovators report was released. It was the seventh in an annual series of reports that identifies the world’s leading innovators,  celebrates their achievements and contributions to enriching the world through innovation, and provides some insight into why they are successful.

This year long-time members of the 100 were joined by a selection of newcomers, including the likes of Facebook, Hon Hai, Nichia and Western Digital; while Asia again showed itself to be the number one global innovation hub.

In the following piece, Bob Stembridge, marketing communications manager at Clarivate Analytics, provides an overview of some of the report’s key findings, including what sets Global 100 Innovators apart and which law firms they choose to work with on their patent-related issues.

Global 100 Innovators are innovation luminaries and the best in the world at turning creative ideas into commercialised inventions. True innovation requires unique solutions and discoveries, and a patent granted by an independent patent office is legal recognition of the uniqueness of an invention.

The Top 100 Global Innovators report is based on findings from patent data driven analysis using Clarivate Analytics proprietary data and analysis tools to measure innovation not just through overall patent volume, but also through metrics to assess the quality of innovation (patent grant success rates), global reach (breadth of filing), and patent influence as evidenced by citations to arrive at a combined indicator score which is used to identify the Top 100 most innovative organisations globally.

Being recognised as a Top 100 Global Innovator is a prestigious distinction for those companies that receive it. It confirms an organisation’s commitment to global innovation, to the protection of ideas and to the commercialisation of those inventions. Global patenting is costly and signals a company’s belief that an invention is commercially important. The award also emphasises the recent success a company has at obtaining granted patents from the number of published applications it files, a quality that more closely reflects their degree of originality.

This year’s findings show that the Top 100 Global Innovators are truly an exclusive group which is at the cutting edge, with innovation of better quality and more global commercial potential and with more impact and influence in ongoing innovation than those organisations outside the club.

This year saw a continuation in the trend of focusing on the quality of innovation rather than just sheer volume.

Top 100 innovators are filing less.  However, comparing the number of inventions containing granted patents over the same period shows that, globally, there has been only a 3.4% increase from last year to this year. By contrast, for the Top 100, that increase is 5.7%.

The Top 100 Global Innovators have been more successful in obtaining full patent rights to their innovations than others. This could, of course, be due to a number of factors; including: drafting of higher quality applications, investing more in pre-filing searches or working harder to demonstrate the value of the innovation during the grant process. Whichever way you look at it, however, improved success in obtaining granted patents is linked to higher quality innovation and shows that the quality of innovation coming from the leaders in the field is higher than the rest.

It’s not how much you patent, it’s how good the innovation is.

Not only are the Top 100 more focused on quality of innovation, they also demonstrate enhanced global commercialisation potential of that innovation.  For the most important inventions that have global appeal, an organisation is likely to seek wide protection in many territories.

Determining the number of inventions that are filed in the key global markets of the US, Europe, Japan and China - or “quadrilateral” patent families - provides a measure of the value and importance of the portfolio of an organisation.

Clearly, the 2017 Top 100 Global Innovators are more successful in developing innovation with global market potential than those outside the Top 100.

Standing on the shoulders of giants

If imitation is the sincerest form of flattery, then citation is the truest form of acknowledgement.  Innovation that builds on previous work will refer back to that original work through the citations listed either by the applicant or the examiner’s search report.  The greater the number of citations to an original piece of work, the more likely it is to be an important development which has attracted the attention of many others seeking to improve upon it.

By tracking citations in later published inventions, an independent external measure of the value of an organisation’s innovation may be made.   That measure for the 2017 Top 100 Global Innovators again shows clear water between them and the rest.

As a whole, the Top 100 has shown an increase of 2.8% in the ratio of citations (excluding self-cites) to inventions during the previous five years for this year compared to last.  The Top 100 continue to demonstrate that their innovation is not just better quality, with more global commercial potential, but that it also has more impact and influence in ongoing innovation.

The organisations in the 2017 Top 100 represent three continents and 11 different markets, with major innovation hubs Japan and the US accounting for 75% of the list. Eighty-five of the 2017 Top 100 Global Innovators also appeared on the 2016 list, while six are new to the report.

Forty-five Asian companies appear on this year’s list, a 15 % increase over 2016, with long-recognised organizations like Honda, Komatsu, Samsung and Toyota joined by newcomers Fuji Electric, Hon Hai and Nichia. North America runs second with 36 companies appearing on the list, where newcomers like Facebook, Molex and Western Digital join the likes of Apple, Abbott Laboratories, Boeing, Microsoft and others.

This marks a return of the innovation hub to the East, with Asia taking the leading role in three of the last four years confirming the region’s status as the global innovation powerhouse.

Thirty-eight of this year’s Top 100 Global Innovators have consistently achieved recognition in all seven years of the programme. These are the best of the best and exhibit consistently strong performance in successfully obtaining rights to their innovation, seeking wide protection and global markets for potential products and services based on that innovation, and are recognised by their peers as creating leading innovation for others to build on. They include renowned organisations such as 3M, Boeing, DuPont, Hitachi, Panasonic, Sony, Intel and others.

This year, in recognition of the major role that law firms play in a company’s ability to patent and bring to market a new innovation, the report highlights the Top 25 law firms by region that are working with the 2017 Top 100 Global Innovator companies.  The patent portfolios of the Top 100 were reviewed to identify those law firms working with the top innovators to support the protection and commercialisation of ideas, and help those organisations realise the full return on their investment.

Clarivate holding a webinar at 10:00 EST on 22nd February with three of the seven-time Top 100 recipients to learn more about what makes a consistently successful innovator. Our distinguished panelists are Pete Hoffman, Vice President, Intellectual Property Management at Boeing, Kelvin Vivian, Director of Intellectual Property at Marvell, and Armand Ajdari, Vice-President R&D and Innovation at St. Gobain.  You can register for the webinar here. 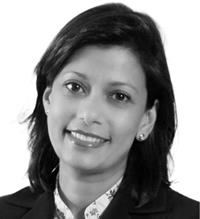