Diversity in the workforce leads to more innovation and patents, new study finds

A new study has found that increasing workforce diversity – in terms of gender, race and sexual orientation – leads to a rise in innovation, specifically with regard to the number of new products announced and how many patents that are created and cited.

Published in December, the paper - “Do Pro-Diversity Policies Improve Corporate Innovation” - was co-authored by Roger Mayer and Richard Warr of North Carolina State University, and Jing Zhao of Portland State University. Speaking to IAM, Warr said: “There’s plenty of work out there that demonstrates on a micro level, in small teams, that diversity leads to better outcomes; but, not much has been done looking into whether the same applies on a macro and corporate level. Does diversity affect the firm value and final output?”

Expanding on the methodology, Warr explained that he and his co-authors built a diversity scorecard after looking at thousands of companies and then looked at how pro-diversity policies affected that score. For example, he stated, a company would get points for having work-life balance policies, if it had a woman CEO or if it actively promoted the retention of LGBT staff. Conversely, it would lose points if it didn’t do such things or if it had been sued or involved in a gender-related scandal, for example.

Then, Warr continued, the team asked whether this score would be able to predict how well a firm does in terms of creating patents or getting patent citations, in addition to comparing the score with the number of new products announced each year. “What we can now say is there’s a causal link between the two,” he said. “If a firm improved its score from zero to seven – that is, implementing seven pro-diversity policies – over 10 years, it would see two extra product announcements over that period. The average company has about one product announcement per year, so while you’re not going to see the number of patents and innovations multiply many times over, this is a significant increase.”

The study points to a number of reasons why greater diversity can lead to improved corporate performance and more innovation: it increases the depth of the potential employee pool to hire from; it widens the range of views, backgrounds and experiences that can contribute to innovative problem solving; and, a firm that is more pro-diversity can attract individuals who are not directly targeted by the policies due to a halo effect for the firm and its brands.

The positive effect of such pro-diversity policies becomes more pronounced for certain types of companies: innovative firms; firms where intangibles, such as employees, are more valuable; firms with greater growth options; firms in industries with fewer women and other minorities; firms with lower leverage, higher cash flow and less financial constraints; and firms with stronger governance.

The effect also becomes stronger in certain situations, most notably in economic downturns. As noted in the paper: “A possible explanation is that a more diverse workforce is more resilient and able to respond to a shock to the economy … alternatively, firms with more pro-diversity policies are better able to retain and attract [talent] and get rewarded especially during the uncertain, risky crisis period.”

Warr noted that the application of such pro-diversity policies varies between sectors: “There were some industries where diversity was very low and they didn’t seem to benefit from such pro-diversity policies: the mining industry is an obvious example. Whereas for something like the technology field, they clearly make a big difference. But it’s important to emphasise that this study was not just about the big tech and pharma industries or focused on a few Silicon Valley firms. Our findings are relevant to any company that relies on innovation and new products and technologies.”

Returning to the fact that little work has been done examining diversity and its impact on firm value and innovation more broadly, he concluded: “I have to believe that the companies who see our findings do understand it. But, there are probably those who still don’t quite grasp it, and I hope from studies like ours, they realise that it’s not just about being nice – there’s a real business case to be made here. If you’re making money based on innovation and patents, this should be on your radar.”

We have previously written about the effect women, low-earners and minorities could have on US innovation rates if such groups were targeted more effectively, and there is clearly much to be gained by improving diversity, on both a micro and macro level, especially from an innovation-focused perspective. 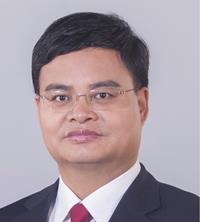