Stores’ unauthorised use of trademarks on signboards requires clarification 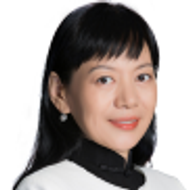 Foreign brand owners in China are becoming increasingly concerned about stores using their trademarks on signboards without permission. This is complicated by the fact that these shops are selling genuine goods that are the result of parallel imports.

First, there are no explicit provisions addressing parallel imports in China’s Trademark Law or in the Anti-Unfair Competition Law.

Chinese courts have acknowledged the legality of parallel imports in recent years. The Beijing High Court issued a document titled "Several Legal Matters to Note in Current Intellectual Property Trials" (7 May 2016), which addresses the issue of whether parallel imports constitute trademark infringement. It states that if the accused goods were sourced from the trademark rights holder or the authorised dealer, the mark owner would have fully realised the commercial value of the trademark from the first sale of goods and thus could no longer prevent others from carrying out secondary sales or reasonable commercial marketing of these goods.

This means that selling parallel imports in China does not constitute trademark infringement per se.

However, in practice, courts can find ways to take action against the sale of parallel imported goods. If the goods are even partially altered so as to make them substantially different from the original products, the court may find that the sale constitutes an act of trademark infringement or unfair competition.

In Case No 185 (Hu Zhi Min Zhong (2015)), the defendant used OUTLETGUCCI on a storefront signboard and simultaneously used GUCCI and OUTLETGUCCI logos in its interior decoration. In Case No 363 (Yue Gao Fa Min San Zhong (2015)), the defendant used MO of GUCCI as store name and the GUCCI logo prominently on advertising materials in the centre where the store is located.

Courts in these cases found trademark infringement and/or unfair competition.

Based on the analysis of these decisions, it appears that a store may file a valid defence if it is able to prove one of the following circumstances:

If an unauthorised user meets none of these conditions, trademark fair-use defence cannot be established.

This does not mean that action is impossible. These parameters may still serve as a point of reference: